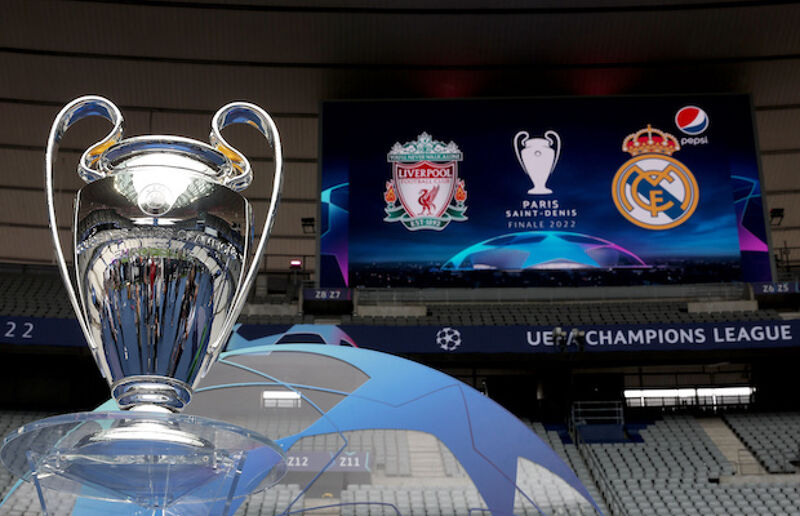 Last weekend with 15 minutes remaining in the final Premier League games, it looked like Liverpool were going to claim an unlikely title win only for Manchester City to get the goals elsewhere to stop this Saturday’s Champions League final being the last leg of a quadruple for the Reds.

Jurgen Klopp’s side pushed City ever so close in the title race, finishing with a remarkable 92 point tally, just a point behind City having only lost twice during the league campaign. They come into the final in Paris unbeaten in their last 18 competitive games.

The Reds are chasing a cup treble – having secured the FA Cup and League Cup (when Cork’s Caoimhín Kelleher was the hero in the penalty shoot-out) - and they have an opportunity to win their seventh European Cup (only Real Madrid have won more).

The two sides will face each other for a record third time in the final. They first met in the Parc des Princes in 1981 when Liverpool won 1-0. It is just four years since the final was played in Ukraine when Liverpool lost 3-1 to Real.

The war in Ukraine resulted in the final being switched from St. Petersburg to Paris. In reference to the current conflict UEFA confirmed that the ball for the final will be inscribed with the word Peace in Ukrainian/Russian and English and includes pure white panels to symbolise truce and unity.

The 2019 Champions League winners were dumped out of the competition last season at the quarter-final stage, losing 3-1 in Madrid after the first leg at Anfield ended scoreless.

During the week Mohamed Salah confirmed he will be with the Reds next season with the prospect of a striker moving on a free transfer at the end of the season looking more likely. Salah finished as the Premier League's joint top scorer with 23 goals, and the leading assist provider on 13.

He grabbed 31 goals in all competitions this season but he has only found the back of the net once in his last eight games.

When Jurgen Klopp spoke to the media in the stadium on the eve of the final ahead of a light training session he said: “We’re really excited about being here now and getting a feeling for the stadium and the occasion. History will tell us what people say about us, but I'm very proud of what we've done so far.

"Real Madrid are the most decorated club in the competition. Some of their players can win it for a fifth time and the manager can win it for the fourth time. We can’t buy that experience, but we’re here for the third time in five years – that’s special. We’re not thinking about how it will feel to win."

Route to the final:

Liverpool’s journey to the final came via a 100% record in the group stages with six wins from six. They then knocked out Inter 2-1 on aggregate in the last 16 having lost 1-0 in Anfield, Benfica 6-4 and in the semi-final against Villareal 5-2.

Trent Alexander-Arnold on losing out on the league: 'Last week was disappointing and it takes a day or two to get over but what better way of getting over that than coming to Paris to an amazing venue and playing in the best competition in the world.'https://t.co/Viv8FvrM7e pic.twitter.com/03PUjVflA2

If the title race went right to the wire in England, it certainly wasn’t the case in Spain where Real emerged as champions 13 points clear of second placed Barcelona. They secured their 35th title with four games to spare – the earliest they have done so since 1989.

“We've had time to prep and we are in a good moment,” said Real Madrid manager Carlo Ancelotti on the eve of the game at the pre-match press conference in Paris.

“We'll give our best – we'll see whether that's enough to win the game, as sometimes in football things can happen that are beyond your control."

This is Real’s first European Cup final for four seasons – when they beat Liverpool in the 2018 final it was at the conclusion of a run of four Champions League crowns in five years (and the last with Cristiano Ronaldo at the club).

Ancelotti has faced Klopp nine times as a coach, winning four matches and losing two. His Madrid side ousted Klopp's Borussia Dortmund in the 2013/14 UEFA Champions League quarter-finals on their way to lifting the trophy, with Gareth Bale and Isco scoring in the first leg.

In the 15 matches against Liverpool, Ancelotti has won eight and lost three – including the 2005 final when his Milan side gave up a 3-0 half-time lead to lose to Liverpool on penalties.

Ancelotti is managing in his fifth final having won three. His solitary loss was at the hands of Liverpool. "I've got good memories from the finals I've been in,” said Ancelotti. “I lost against Liverpool in 2005 and ironically that was probably the best performance one of my teams has given in a final!

Real’s club captain Marcelo also spoke with the media in the Stade de France on Friday. He could win his fifth European Cup crown on Saturday.

He said: "We know what it is to play a final, to play for this club. Nerves kick in a bit the night before the game, but we were all in the right mindset for this match right from the second we qualified for it.

Route to the final"

Los Blancos won five of their six group games – their only loss was a shock 2-1 home defeat to Sheriff. They then had a remarkable run of results in the knock-out stages becoming the first team to reach the Champions League final after losing one leg of their ties in the round of 16, quarter-finals and semi-finals.

In the last 16, Kylian Mbappe (who snubbed a move to Madrid this week) gave PSG a first leg lead with an injury time winner and when he doubled the lead in the tie just before half time in the second leg, Real looked dead and buried. However, Benzema scored a 17 minute second half hat-trick to set up a quarter-final against Chelsea. Again, Benzema proved the hero scoring a first leg hat-trick and in the second leg the extra-time winner.

In the semi-final, again they were essentially out only to score twice in injury time of the second leg against Manchester City before, who else, Karim Benzema got the extra-time winner.

This is the fifth time that France has held the European Cup final with the first three matches being played at the Parc des Princes. In 1956 Real Madrid beat Reims 4-3 to win the very first European Cup and Bayern Munich won the 1975 final beating Leeds United. This year’s finalists of course met in 1981 with Liverpool winning 1-0. Stade de France held the 2000 final which saw Real beat Valencia 3-0 and Barcelona won at the same venue when they defeated Arsenal 2-1.

Carlo Ancelotti is looking to become the first manager to win four European Cup finals and amongst his players who want to join Cristiano Ronaldo with five Champions League crowns are Karim Benzema, Luka Modri?, Dani Carvajal, Isco and Marcelo.

Madrid have never lost a UEFA Champions League final. This is their eighth appearance in the fixture – a new record, surpassing the seven of AC Milan and Juventus.

Carlo Ancelotti: 'I have a good memories of my time in Liverpool - on the blue side' https://t.co/2cXaNjv6Jp #UCLfinal pic.twitter.com/jAjUfPzpks