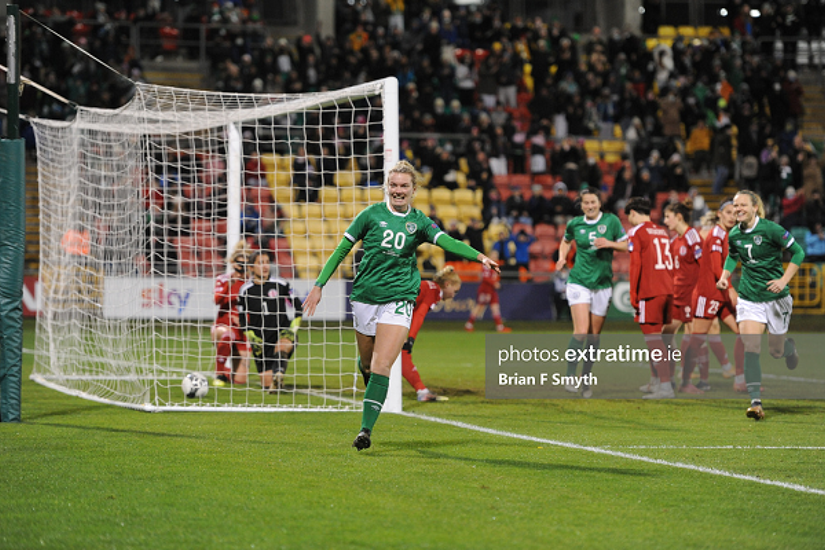 Sky Ireland have today announced a bursary which will support senior women’s players in their career development outside of football.

At the company’s International Women’s Day event on Tuesday, it was announced that Sky will award a minimum of €25,000 this year to assist five Ireland WNT players with their academic studies and career development beyond football.

"Sky have been a fantastic partner for the Republic of Ireland Women's Team since coming in and their continued support is helping us to reach new audiences and make a real difference in women's football,” Republic of Ireland manager Vera Pauw said, speaking at the event on Tuesday.

“The creation of a special fund to help our players beyond the football pitch is truly amazing and will go to helping our players remain as positive role models and be successful in whatever path they take.

“We are extremely proud of our players for what they do to break down barriers and inspire others. This fund shows that Sky understand that the players need to think about their long-term futures, not just in the game but when they eventually hang up their boots.

“This is a really positive initiative that proves Sky really care about our team and we appreciate their support.”

“Our partnership with Sky has marked a real turning point for this squad,” she said.

“It coincided with the equal pay announcement and all of that culminated in a real sense of belief within the team.

“Every player gives 100% to this squad and, speaking from experience, it can be difficult juggling club and international football with a career. The launch of this Fund will make a real difference to the team.”