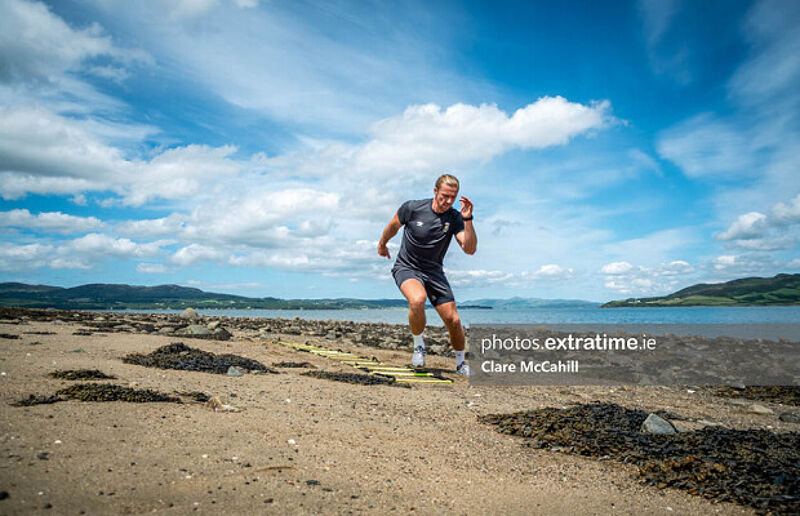 Drogheda United have confirmed the signing of defender Keith Cowan from Dungannon Swifts.

The former Finn Harps skipper moved to Glentoran from Finn Park for the 2020 campaign. He scored on his debut against Institute, winning the 2020 Irish Cup against Ballymena and playing in the 2020/21 Europa Leaguequalification.

Cowan joined Dungannon Swifts in June 2021 and played 19 games in all competitions for the Danske Bank Premiership side.

“He came into my thoughts a few weeks ago,” said United boss Kevin Doherty about the 36-year-old player who made his senior debut for Harps against Longford Town in April 2005.

“I did the homework on what he was doing. When he left Harps, he obviously went to Glentoran and was excellent there. He’s been at Dungannon since and he plays 90 minutes every week. It’s his experience, he’s a leader.

“He’s someone who has impressed me so much, obviously we had our battles with him over the years and he was always excellent.

“He’s a massive signing. He brings in that experience. I’ve watched nearly all of his games this season since he went to Dungannon. He played last week against Warrenpoint, I watched that game aswell, so  I’m delighted. He not only makes us physically stronger but also just in that position.

“From midfield forward, we’ve had a lot of options so I needed to go for a defensive unit, and the likes of Keith and Sparky aswell will answer that naturally.