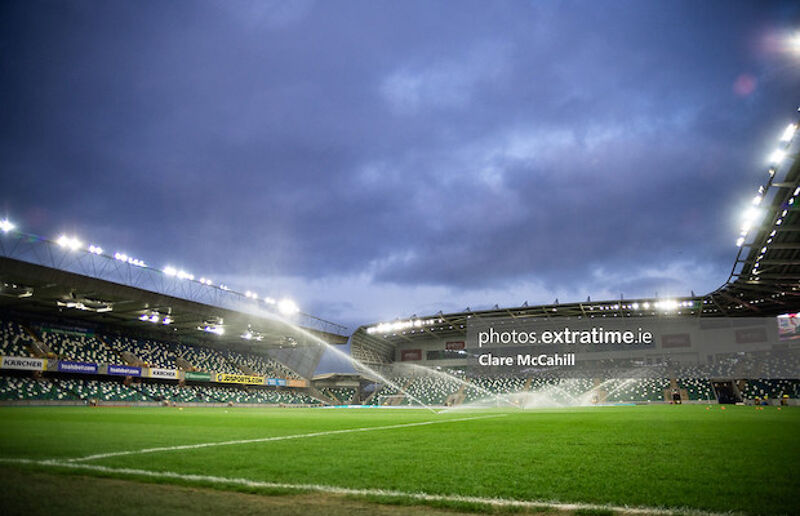 Northern Ireland international Sarah Robson has been crowned as the North East Football Writers’ Association’s women’s player of the year for 2021.

Robson has had a successful year both with Durham and Northern Ireland, as she helped her country qualify for Euro 2022 the first ever major tournament in Northern Irish Women’s history.

The 34 year old has been ever present in Kenny Shiels squad and is the fourth consecutive Durham player to win the award.

At club level Robson also helped Durham to a record breaking second place finish in the FA Women’s Championship in 2020/21.

During the year she made her 100th appearance with the Durham Wildcats.

She played for Northern Ireland at all underage levels before turning out for the senior international team, for whom she has earned over 70 caps after making her senior debut in 2005.

Robson will be a crucial member of the Northern Ireland squad at the summers European Championships in England, with the Green and White Army facing England, Austria and Norway in the group.

She started her career with Moyola Park Ladies before moving to Ballymena United Allstars. Stints with Icelandic teams Fylkir, Grindavik and FH followed – just after she spent three years in the United States playing varsity football after winning a scholarship to the University of Southern Mississippi.

She will be presented with her trophy at a ceremony at the Ramside Hall on Sunday, March 6.