Megan Smyth-Lynch: 'I’m so happy to be back at the club I spent so many great years at' 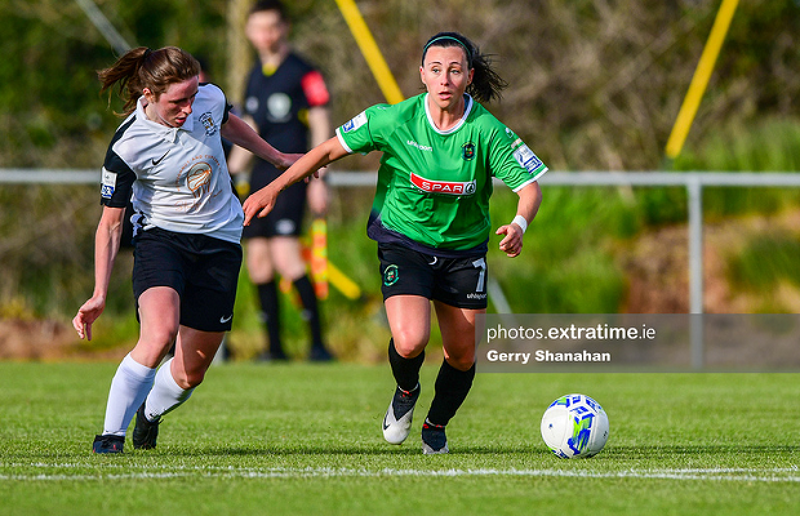 Shelbourne have announced the signing of Megan Smyth-Lynch from Peamount United ahead of the 2022 Women’s National League season.

The midfielder scored twice last season as Peamount United finished as runners up on a dramatic final day of the season which saw Shels claim the WNL title.

She returns to the Reds after five years with Peamount having played for Shels in 2015 when Raheny United merged with the Drumcondra club.

“I’m so happy to be back at the club I spent so many great years at,” the 24 year old said, speaking to the club’s website.

“After speaking to Noel and some players I knew it was the right time to come back to the club and try to help them win the league back to back and have a good Champions league campaign.

“I’m so excited to get started and hopefully it’s a successful year for myself and the team.”

Smyth-Lynch had a successful spell with Peamount United over the past number of years, winning the WNL title in 2019 and completing the league and cup double in 2020.