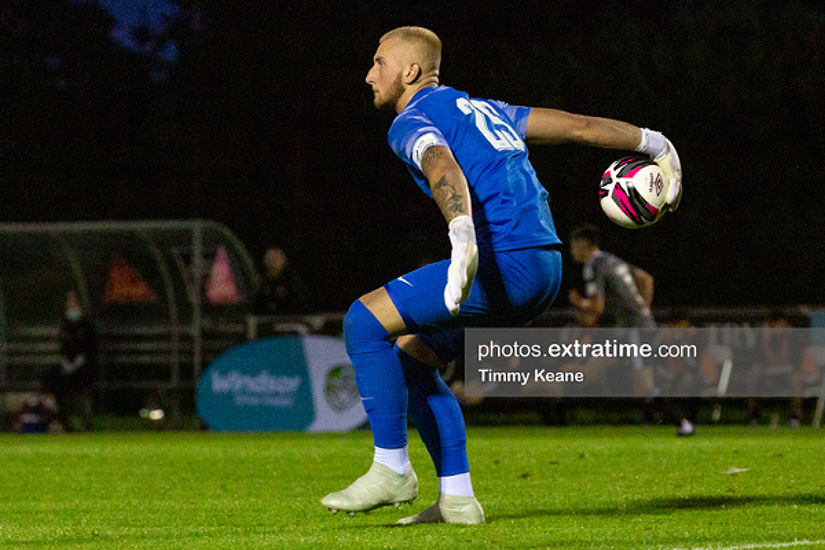 Harry Halwax in action for Cabinteely during their 2-2 draw with Cork City at Stradbrook on Friday, 20 August 2021. Credit: Timmy Keane (ETPhotos)

QPR have announced the signing of former Cabinteely FC goalkeeper Harry Halwax on a deal until the end of the season. The Dubliner will initially link up with the club’s U23 squad.

The 19-year-old played his youth football with Leixlip United before moving to Championship side Derby County in 2018. He made 9 appearances for the Ram’s U18s before joining Cabinteely on loan in 2021.

An Irish underage international, he was capped by Andy Reid at under-18 level in May 2019 alongside the likes of Andrew Omobamidele.