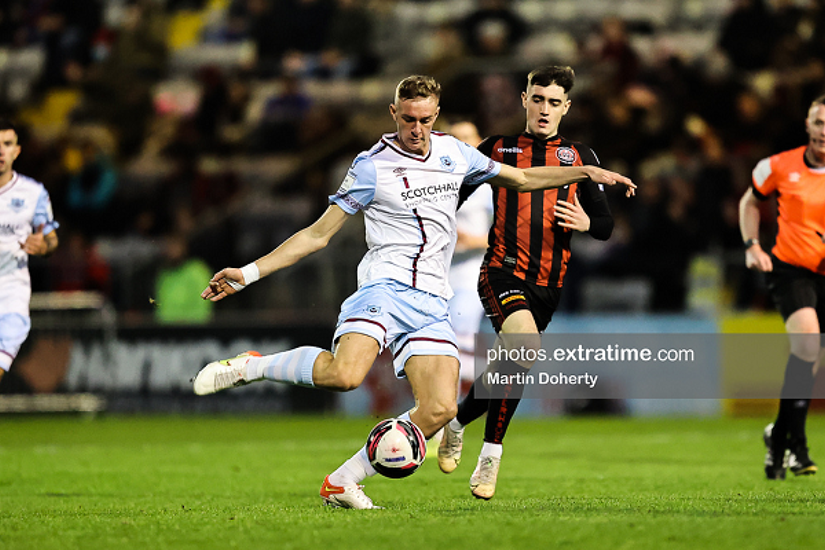 Killian Phillips in action for Drogheda United against Bohemians during the 2021 season. Credit: Martin Doherty (ETPhotos)

Killian Phillips: 'When you walk into the right home you know it’s the right place, and that’s kind of how I felt at Crystal Palace the first day I walked in'

English Premier League side Crystal Palace have confirmed the signing of Killian Phillips from Drogheda United subject to international clearance.

The 19-year-old has signed a two year contract with Palace and he will join Dubliner Paddy McCarthy’s under-23 team at the club.

“I’m delighted to be here… I’m proud to be a Crystal Palace player,” Phillips said, speaking to the club’s website.

“Paddy was talking to me about signing for different clubs.

“He said to me it’s like buying a home: when you walk into the right home you know it’s the right place, and that’s kind of how I felt at Crystal Palace the first day I walked in.”

The midfielder made his debut for Drogheda United in April 2021, and he made 31 appearances in the Premier Division last season.

“We are delighted to get Killian on board. He had a great season last year in the League of Ireland with Drogheda United and he fits the profile of young, hungry players we want at our club,” Palace’s under-23s manager Paddy McCarthy told the club’s website.

“We believe Killian has great potential to develop and all the attributes to have a career in the game.

“He will definitely add to the group both on and off the pitch with his experience of first-team football and I’m sure he will benefit from working with a fantastic group of young, hungry players in a top-class environment.”

Phillips will add to the Irish contingent at Selhurst Park with Republic of Ireland under-21 international Jake O’Brien on the books for the Eagles – although the defender is currently on a loan spell at Swindon Town.