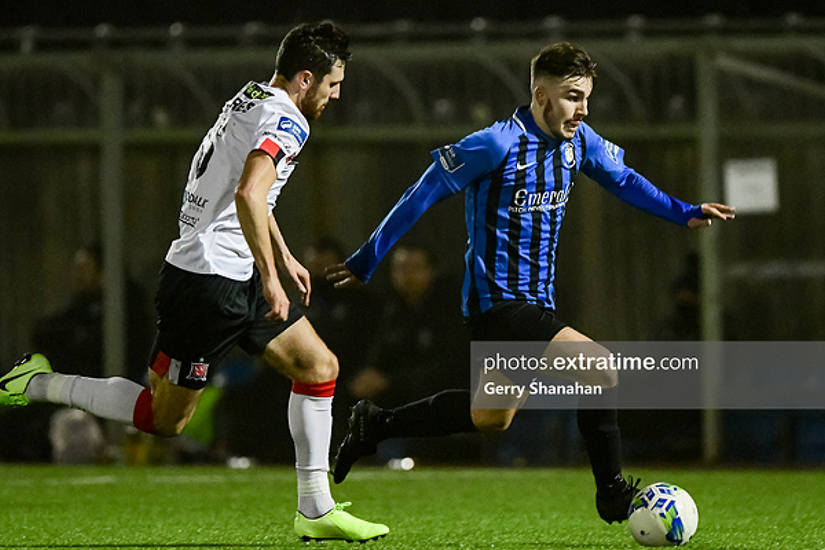 Ronan Manning in action for Athlone during the 2020 season. Credit: Gerry Shanahan (ETPhotos)

Ronan Manning: 'Hopefully now I can get out and show them what I can do'

Galway United have announced the re-signing of Ronan Manning ahead of the 2022 League of Ireland First Division season.

The midfielder returned to his hometown club ahead of last season but his season was cut short due to a long term injury which kept him side-lined for most of the season.

“I am delighted obviously last year didn’t go the way I wanted to go with injury and stuff like that… I just got through the rehab and surgery went well, yeah I’m looking forward to get back into it next year,” Manning said, speaking to the club’s media team.

“Hopefully now I can get out now and show them what I can do, because I couldn’t do it last year but hopefully this year now I’ll be able to show it.”

Manning joined Galway United’s academy in 2017 but he broke into the first team that same season and made his debut away to Cork City that summer.

He spent the 2018 season with the Tribesmen before departing for Athlone Town in 2019.

His best season in the league came in 2020 for the Town when Manning made 21 appearances and scored nine goals.

The Tribesmen begin their campaign away to Cork City on Friday, 25 February (kick-off 7.45pm).

Mark McNulty approaches two decades as a Rebel as Cork City re-sign the goalkeeper and George Heaven for 2022 https://t.co/Ty1Yu0CeVd pic.twitter.com/9ZUEGHm0uF