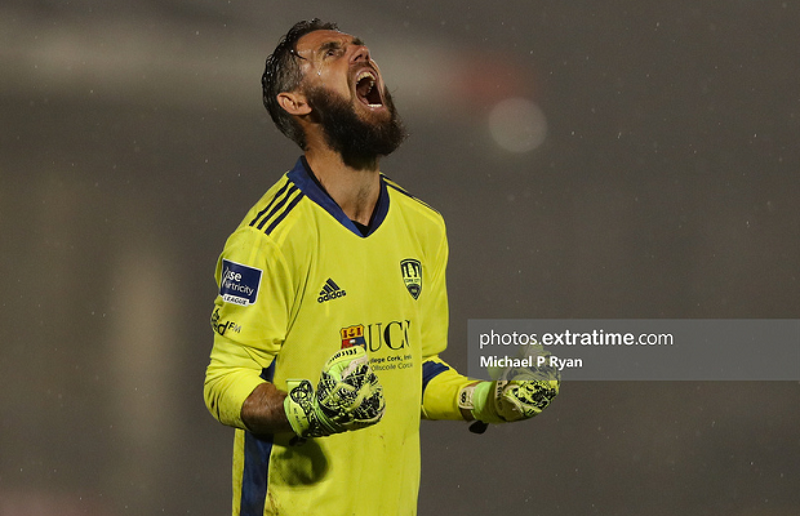 Cork City have announced the re-signing of Mark McNulty and George Heaven ahead of the 2022 First Division season.

McNulty is set to continue in his role as player and goalkeeping coach with the Rebels with the shot stopper entering almost his twentieth year at Turners Cross.

The 41 year old signed for City in 2003 and made his first team debut in 2005 for Cork, he has now gone on to make over 470 appearances for the Rebels winning two Premier Division titles, three FAI Cups and three President’s Cups during his time with the club.

Defender Heaven had a truncated 2021 season due to injury, but the former Leicester City player is expected to return to light training in the coming weeks ahead of the new season.

The 22 year old signed for Cork City ahead of the 2021 season after leaving Stratford Town.

Speaking to the club’s website manager Colin Healy said: “We are pleased to have both George and Mark back again.

“George got a nasty injury in August which ruled him out of the remainder of the season, but he has been working very hard since with our medical team and he is making good progress.

“Nults has obviously been around the club a long time; he has huge experience and he has been making the transition from player to coach over the last couple of years. With two young goalkeepers in the squad, that experience will be very important, so we are delighted to have him on board again for the coming season.”