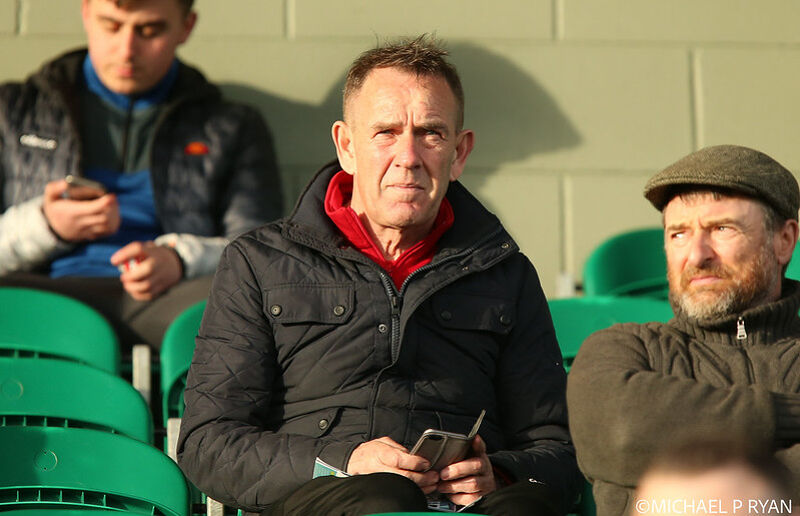 Northern Ireland were on cloud nine on Monday night as they eased past North Macedonia 9-0 in a World Cup qualification clash in Belfast, a night that saw Rachel Furness become the top scoring player in Northern Irish history.

After winning 11-0 on Thursday it was another straightforward victory against the same opponent on a bitterly cold evening at Seaview Stadium in front of a sell out crowd.

The home side had the ball in the net inside 10 minutes however it was ruled out as Simone Magill was judged to handle the ball before planting it into the back of the net.

However it was 1-0 for Kenny Shiels side three minutes later when Furness played a sensational ball Into Kirsty McGuiness who looked up and fired her effort across the face of goal and into the net via the post.

The girls in green were in complete control of the match as captain Marissa Callaghan fizzed an effort wide from outside the box.

Furness who needed one more goal to become the top goal scorer in Northern Ireland’s history was then denied by a good save from Magdalena Lekovska in the visitors goal as the midfielder met a corner.

However on 30 minutes Rebecca Holloway made it two with a stunning strike from range after taking the ball out of her feet and letting fly seeing the ball nestle into the top corner of the net.

It wasn’t long before Furness did become a record breaker when she made it 3-0 with the ball falling to her outside the area before slotting into the net to make it a 37th international goal for the Green and White Army.

Northern Ireland started to run riot as two minutes later it was 4-0 McGuiness adding her second of the game when she spotted the keeper off her line before curling the strike into the top corner of the net beyond the helpless goalkeeper.

As half-time approached Lauren Wade was denied a fifth by a good save from Lekovska who came off her line quickly to make the save after Wade was played in on goal.

Wade was to be frustrated again on the stroke of half-time when she had the ball in the net but her celebrations were cut short following the offside side being raised after a neat team move.

Shiels made two changes at half-time as he brought on Ciara Waitling and Joely Andrews in place of Rebecca McKenna and Sarah McFadden.

McGuiness had the first opportunity of the second half as she was played in on goal but failed to complete her hat-trick when she was under pressure from a challenge and slipped the ball wide of the target.

Northern Ireland were pressing and pressing and had another big chance when McGuiness crossed for Magill who was on the stretch but the Everton striker couldn’t make a connection on the ball.

Magill who was outstanding then hit the crossbar when Callaghan played a cross in but Magill thumped her header off the woodwork before it bounced away to safety for North Macedonia.

Cliftonville winger McGuiness however did make it 5-0 and completed her hat-trick following a cross from a Magill with a classy finish.

Holloway who scored her first goal for her country on Thursday was off celebrating again a few minutes later as the Birmingham City full-back made it 6-0 when she got on the end of a low Wade cross before guiding the ball into the net.

Magill thought she had her goal as North Macedonia were tiring when the striker received the ball inside the box before turning quickly but she could only fire wide of the target.

McGuiness was then to be replaced by young Glentoran striker Kerry Beattie for the remainder of the game.

Six became seven on 74 minutes when Magill did get a deserved goal as she danced past the opposition defenders before planting the ball into the net with confidence adding to her superb run of goalscoring form.

Shiels then made another substitution with 8 minutes left when Caitlin McGuinness replaced the two goal hero Holloway.

There was room for an eighth when Furness added her second of the night  when Wade swung in a superb cross onto the head of the midfielder and she made no mistake in thumping her effort into the back of the net.

The final piece of action in the game saw the home side extend their lead when Beattie added a ninth for her first Northern Ireland goal after the keeper failed to deal with a cross allowing the striker to poke the ball into the net.

It was the perfect way for Northern Ireland to round off a magical year as they look ahead to 2022 with the a first ever Euros on the horizon.

Stephen O'Donnell: 'This is the icing on the cake' https://t.co/oANYBOYdI0 pic.twitter.com/FFHgPSOjlX