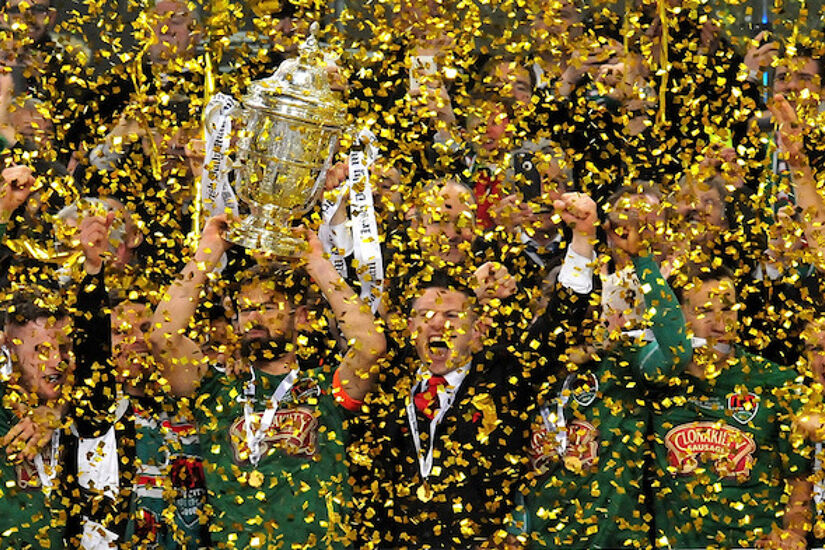 What next for the would-be cup winners?

With the announcement that over 36,000 tickets have already been sold, Sunday’s FAI Cup final between Bohemian FC and St. Patrick’s Athletic looks set to be a record attendance for a final in the Aviva Stadium era. With the potential of walk-ups on the day, the league’s showpiece fixture could have over 40,000 in attendance.

Bohs go into the game looking to win the cup for the first time since 2008 and clinch European football for next year. While Pat’s have already secured a place in Europe via their league position they will be desperate for a repeat of the 2014 final when ran out 2-0 winners against Derry City.

The game brings an end to the 2021 season and whichever captain is holding the trophy aloft in Dublin 4 on Sunday evening will rightly feel rewarded after a long hard campaign. But if we look at previous winners, the FAI Cup doesn’t have to be an endgame; instead, it could act as a springboard for either side to go to the next level.

Dundalk have no doubt been the dominant force in Irish football over the last decade but their two main rivals in that time, Shamrock Rovers and Cork City have used FAI Cup victories to tpuncture the Lilywhites stranglehold on honours before winning a league title themselves the subsequent season.

In 2016 a Sean Maguire inspired Cork City were victorious over the Louth club, the striker hitting the net in extra time for a 1-0 win.  City finished seven points behind Dundalk that year but victory quashed any psychological doubts that might have been creeping in.

Reinvigorated with this new level of self-belief, they went on to claim the league themselves by seven points in 2017, winning 21 of their opening 22 games.

Manager John Caulfield expressed the importance of that day in the Aviva Stadium when speaking to RTÉ in 2017 after completing a league and cup double.

"To be fair, Dundalk have been great champions with great management and great players,” said Caulfield. “They set incredible standards, but we felt after winning the cup that we’d go to another level we had to raise our standards and we did.

“We lost players during the league, but the lads just got on with it, everyone threw everything at us and ultimately, we took six or more points off every team and that’s a great stat.”

Dundalk regrouped and were crowned champions again in 2018 and 2019, but the mask had slipped ever so slightly and the chasing pack knew at least it was possible to overturn them.

Cork City faded and up stepped Shamrock Rovers. In 2019 they finished second, 13 points adrift of the Louth men but victory in Lansdowne Road in November that year meant a first FAI Cup for 32 years and a platform for back to back league titles.

A late goal apiece meant a draw, extra-time and then penalties. Rovers midfielder Gary O’Neill eventually stroking home the decisive kick in a tight game after Michael Duffy and Daniel Cleary had missed.

Rovers expertly negotiated the Covid-hit 18 game 2020 season and followed it up this year with a comfortable 16 point gap to second place Pat’s. When asked about these titles the cup win is consistently mentioned as a milestone in the team’s development.

In November 2020 captain Ronan Finn had this to say when speaking with The42 “Winning the cup does give you that bit of confidence as a group. From the manager’s point of view, he’s tried to instil his belief.

“But I suppose as a group of players until you’ve actually won it, you’re always listening, you’re always hoping. But now that we’ve done it, we’ve proved we can compete at the highest level.”

Earlier this month, forward Graham Burke was asked a similar question and gave a similar answer to the Independent.

“I think we have that mentality. We’re hungry and now that we have that feeling of winning – the FAI Cup win (in 2020) was massive in getting it over the line – to have it in the group obviously adds to the group.”

With the Hoops not involved on Sunday, there’s a chance for one of their Dublin rivals to mark their respective projects with silverware.

Keith Long has taken Bohs back to the top table in recent times. Due to financial restraints, the club was languishing in relative obscurity for a while but the ex-Athlone Town gaffer has gradually improved them year on year despite seemingly losing his best players every offseason.

A cup victory would bookend a redemptive chapter of the club’s history. With rumours of key players expected to leave Dalymount Park again this year a serious title challenge in 2022 could be tough.

The Saints are expected to challenge for the league next season and manager Stephen O’Donnell knows the importance of creating a successful environment from his time at Dundalk.

Winning a major honour two years into his reign will breed massive confidence at Richmond Park and if they can hold onto their key players they’ll be in a strong position to go again.

Of course, there’s no exact science with this stuff. The Hoops will be the bookies’ favourites to do three in a row especially with the returning Jack Byrne but they are by no means invincible.

Its an open game and either side could have their name on the cup come Sunday. Whoever does won’t be thinking about next season, they will enjoy their celebrations in the moment with the fans family and friends. But when the dust settles, weeks go by and pre-season rolls around, the knowledge that they are good enough to win silverware and what those before them have done, could be a factor in closing the gap.