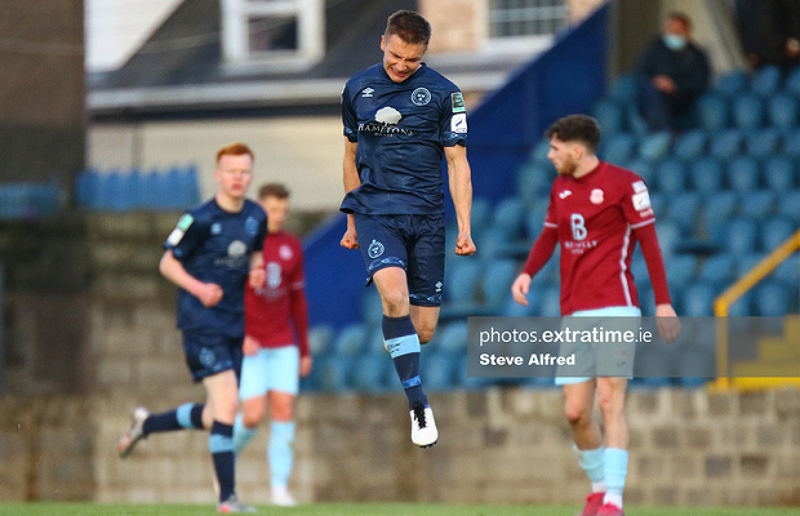 Shelbourne have announced two more re-signings with Brendan Clarke and John Ross Wilson set to remain with the club for the 2022 season.

Clarke left St Patrick’s Athletic and joined Shels ahead of the 2021 First Division campaign and the 36 year old made 26 appearances in red as the side secured promotion back to the Premier Division once again.

“Obviously I was really happy to get a call from the manager about staying at the club for 2022,” Clarke said, speaking to the club’s website.

“After last season and getting to know the club and the people associated with it, there was only one place I wanted to be next season.

I’m excited to get going now and see what the year ahead brings for us.”

Wilson has two First Division winners’ medals to his name having played a part in Shelbourne’s last title winning season in 2019.

The right back has made 47 appearances for the Reds across two spells at Tolka Park.

“I’m absolutely delighted to sign back with Shels for 2022,” Wilson said.

“I can’t wait to get to work with the players and staff. We’re really looking to kick on for another successful season after a good year last year.”

Manager Damien Duff has been busy this week with his latest signings joining yesterday’s cohort of Luke Byrne and JJ Lunney as part of the confirmed Reds squad for next season.

Luke Byrne and JJ Lunney to remain at Shels for 2022 season https://t.co/UN9sB2vxyz pic.twitter.com/bEsBVNkOma