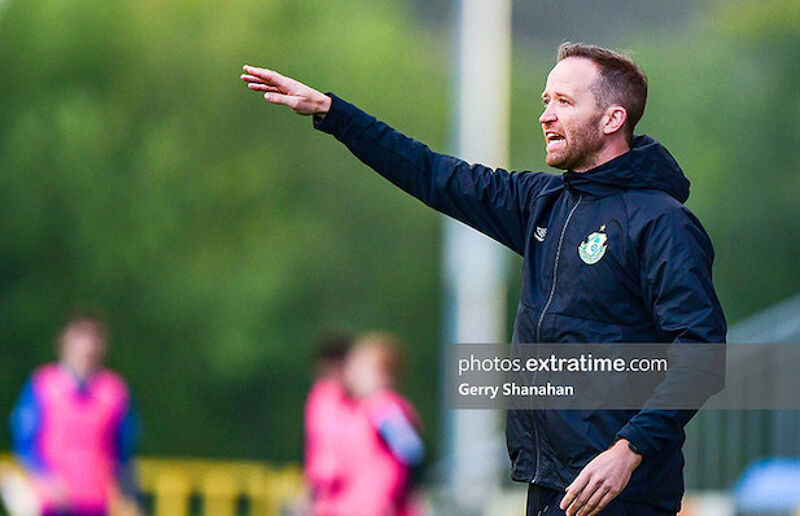 To go with their 2021 Premier Division league title, Shamrock Rovers over the weeked secured the under-19 and under-17 National League crowns as a number of the underage leagues came to a conclusion.

Elsewhere Rovers were runners up in the other two levels – losing 1-0 to Bohemians/St. Kevin's Boys in the under-15 final with Galway United defeating the Hoops in the under-14 final. The club’s under-17 women’s side were beaten by Peamount in the semi-final over the weekend.

In recent year the Hoops have invested significant money in their Academy in Roadstone – both on infrastructure (grass and synthetic pitches, outdoor gym, dressingrooms and last month adding artificial grass to the indoor area) and on player scholarships at Ashfield College from transition year up to Leaving Cert year.

480 sq/m training area; one of two no. indoor artificial grass areas at @ShamrockRovers

We are also installing a 110 sq/m 24mm multi-sport surface for gym area. pic.twitter.com/tHvn5TANk8

The aim is to develop players and for some of them to progress into the first team.

There was one notable former Rovers underage and senior player cheering on the team yesterday with Republic of Ireland international Gavin Bazunu back in Tallaght to support the team he played for previously.

Bazunu was teammates at underage level at Rovers with Jordon Tallon who skippered Rovers on Sunday to the 2-1 win over Finn Harps that secured them the National League title.

For under-19 Head Coach Aidan Price, Sunday was a reward not just for his team’s efforts this season but the reward for Rovers’ investment over the last number of years.

He had hoped to be managing a Hoops team again in the First Division this year but with strong opposition from other League of Ireland clubs after Rovers’ inclusion in the second tier in 2020 meant that his full concentration this season was on his under-19 charges.

“Rovers have been close in finals at 15s, 17s over the last couple of years and haven't got over the line but it is great for this group of players to win,” said Price speaking to extratime.com after the game.

“We have been close a lot in the last couple of years. We won the under-17 title in its first year (2015) and since then we have had success in the underage cups.

"I was just talking with Gavin Bazunu there - he played for us in the under-19 shield final (in 2017) with an unbelievable save helping us to win that day. Those memories stick with you.”

Gavin Bazunu offering his congrats to the @ShamrockRovers under-19 National League champions pic.twitter.com/gVpUIs7f4x

Aidomo Emakhu is one of Price’s players who has been heavily involved with the Rovers first team this year. During the summer he became the youngest ever scorer for the Hoops in European competition. He has got game time in 13 first team matches this season.

Last Thursday night, Emakhu scored twice as Rovers under-19 team beat St. Patrick’s Athletic 3-2 to leave them in the driving seat to secure the title which they did on Sunday.

“We had a really tough week. We went to Cork last Sunday to get a 1-0 win in difficult conditions which was huge for us. We had the Pat's game re-arranged last Thursday and that was dramatic when we won it at the death with Aidomo's goal to win 3-2.

“That gave us momentum. We said to the players all week just keep it going and bring it to the end. Their attitude was superb.

“The big thing for them was to get that success that they deserved as some of them have been here since they were 11 or 12 years of age.

“We have to make sure that they have an understanding of what it takes to win and this week has been huge for them as they have found a way to do it. They have to understand that they do need to win but it is not the only thing.

"We are trying to build good people and to be fair it is the same at other clubs at this age group.”

Been an eventful weekend for young Kieran Cruise who made his first team debut on Friday, won the U17 league on Saturday and finally the U19 league on Sunday  pic.twitter.com/GlUBMOmiBI