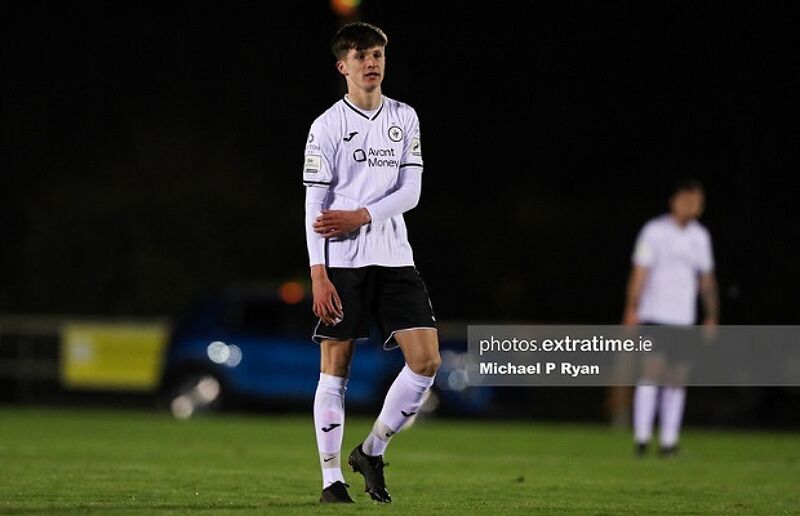 Sligo Rovers will be looking to arrest a dip in form that has seen the Bit O’Red fail to win a league game in five attempts and only pick up two points from a possible 15.

Liam Buckley’s side let a 2-0 lead slip last week to Finn Harps with the Donegal side scoring twice in the last five minutes to take a point and the Sligo Rovers manager has said his side will learn from the experience.

“We met on Sunday morning as a group and talked about the game in Finn Park on the Saturday night. Over the course of the 90 minutes we were in control for 85 of them, we dropped too deep and invited the pressure onto ourselves at the end of the game.

“Mark McGinley made a number of saves from Adam, Walter and Johnny as well as us scoring the two goals. We spoke about that we cannot change what happened, we can learn from it and use it going forward. It’s done with and we have to move on.

“As a team it was a decent performance on a difficult night and a heavy pitch which both sides had to deal with and what we can take from it is to remember what cost us and the positives of the performance earlier in the game.”

With the Showgrounds back to full capacity, Buckley is expecting his players to relish the experience of playing in front of a packed ground once again.

“For the players these are games to look forward to and to really relish. I want them to play with an excitement rather than any other feeling. There is the opportunity for us in this game and the ones to come so that is how it should be looked at. I want them to use that in how we play.

“I feel for the supporters, of course, because I know what it means to everyone here and the work that goes into the club, but we’re still up there and a win can make all the difference. We’re ready for the game and we’re looking forward to be back in front of our home supporters again.”

On the injury front, Shane Blaney could make the squad after recovering from a foot injury while Greg Bolger returns from a two-game ban.

Drogheda United will be looking to record their third league win in a row as they travel to Sligo on Friday.

A win against the Bit O’Red would move them to within a point of their opponents in third place.

With everything so tight in the Premier Division, a loss could move them back towards a relegation play-off challenge with Dundalk and Waterford four points adrift of the Louth side and Harps one point further back.

In team news, Tim Clancy will plan without the services of Mark Hughes and Hugh Douglas who are both injured.

Drogheda United’s Mark Doyle is top scorer at the club with 12 and is sitting second in the league charts. The highest scorer for Sligo Rovers this season is Johnny Kenny with nine.

In the three league meetings between the sides this season, both games at Head in the Game Park have ended in draws (1-1, 0-0) while Drogheda won the meeting at the Showgrounds in June 2-1 thanks to a Chris Lyons brace.

The first time these sides met in the top flight was during the 1975-76 season. Drogheda United won both games that season – 1-0 at home and 3-0 away.