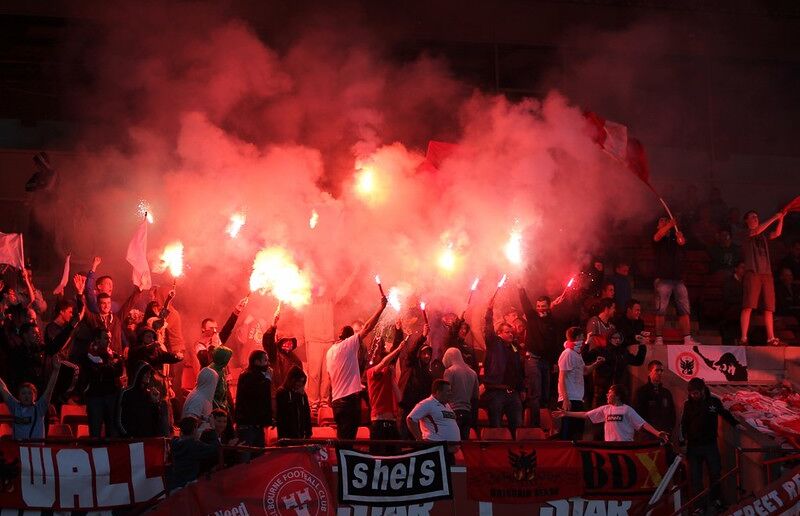 The lights (or flares) have gone out on Shels fans returning to the New Stand in Tolka Park Credit: Jason O'Callaghan (ETPhotos)

The Ballybough End of Tolka Park will re-open to fans for the 2022 season but the club have confirmed the “New Stand” will no longer hold spectators.

The club announced via their website that following advice and guidelines from Dublin City Council, the New Stand, built just over 20 years ago, has been confirmed to be no longer able to hold spectators from this point forward.

As a result of this news, the club have undertaken work to reintroduce spectators to the Ballybough End. The DCC have confirmed the club will be able to re-open the area and work is now underway to remove seats from the New Stand and relocate them to the opposite end of the ground.

Shelbourne will complete their First Division campaign this evening when they take on UCD in Tolka Park at 7:45pm which will also be the last game in charge for their manager Ian Morris who is stepping down after successfully getting the club promoted back to the Premier Division.