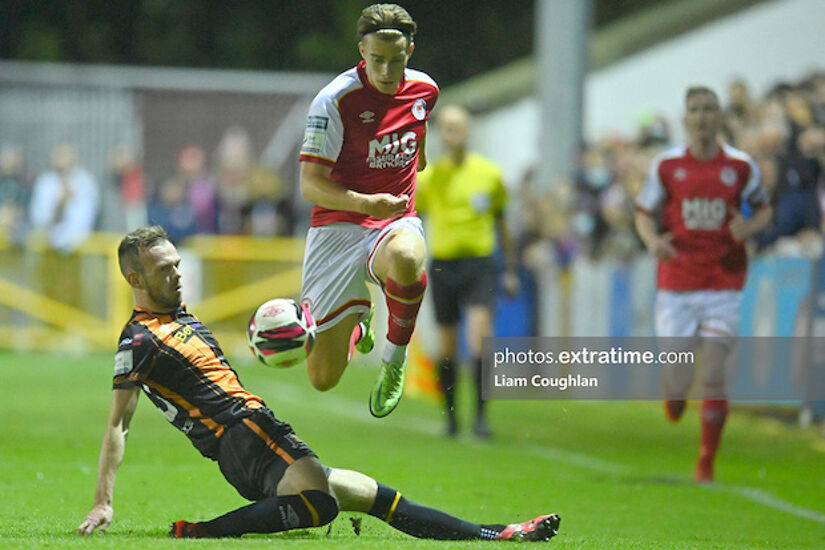 After a dramatic FAI Cup 3-1semi-final win over the Lilywhites last Friday, which set up a cup final to come on 28th November against Bohemians, the Athletic are looking to do it all again against Dundalk on Bank Holiday Monday – this time in league action.

Goals from Billy King, Matty Smith and Darragh Burns secured the Saints their first FAI Cup final berth since 2014 – the year they last lifted the cup.

The Saints sit in second place in the table and with a league win on Monday can move nine points clear of Sligo Rovers below them with just five games remaining for both sides.

"Friday was a great night but it's important that we park that now and finish off the league campaign well,” was Saints Head Coach Stephen O’Donnell’s assessment ahead of Monday’s match.

“We'll have a look at how the players are across the weekend and make sure everyone is fit and well for another big game.

“We are looking forward to the match against a very strong Dundalk team, as we saw on Friday night.

“We have great competition for places across the team and across the squad, we're in good spirits and in good form and the players are really excited about playing in front of another vocal home support."

With the prospective of an FAI Cup Final to round off the season gone, Dundalk must switch back to picking up enough points to keep them clear of the relegation play-off. They need to put that defeat to the back of their minds and quickly.

League results in recent weeks have given them some valuable breathing room – helped by the return of players from injury -  and they are only six points off fourth place in the table.

Depending on who becomes the FAI Cup final winners that position may be good enough for Europe next season.

At present the Lilywhites sit in seventh position in the table a point clear of Finn Harps and three points clear of ninth placed Waterford United (although the Blues do have a game in hand).

Speaking to the media on the pitch after the game on Friday, Dundalk boss Vinny Perth admitted that “the speculation around it (the club) and difficulty around it has made it a difficult working environment for people and for ownership.

“I can’t go on too much about it because we have to be ready for Monday so it’s difficult. I think we’ve got brilliant people in the dressing-room. Two or three leaders have spoken and said we’ve got to come up here on Monday and win.”

MATCH STATS
The loss for the Lilywhites on Friday was their first defeat in eight matches but also leaves them with no wins in nine on the road.

Dundalk have now lost their last four meetings in the FAI Cup against St. Patrick’s Athletic.