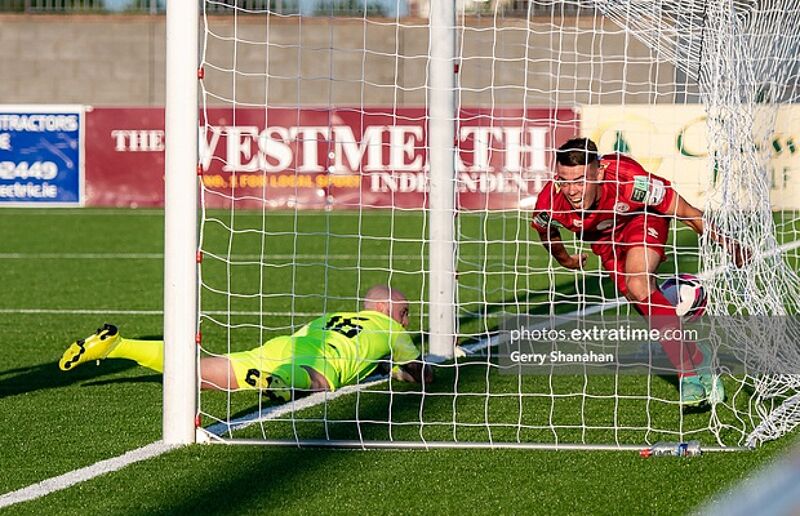 Shelbourne moved 11 points clear at the top of the First Division table thanks to a 3-1 win away to Athlone Town.

The Reds came from behind to win thanks to goals from Dayle Rooney and Shane Farrell.

Farrell equalised for Ian Morris’ charges after they fell behind in the 5th minute through Stephen Meaney’s opener.

But Shels would score three unanswered goals to seal a big three points, moving 11 points clear at the top after Galway were held to a scoreless draw versus UCD.

All over as Shels stretch their lead at the top to 11 points. #DublinsFinest | #Since1895 pic.twitter.com/4C26K13AZS

Lynch’s opener was cancelled out by Colm Whelan’s penalty shortly after half-time before the Treaty skipper replied with the decisive goal moments later.

The Shannonsiders now find themselves four points ahead of the Students, with Tommy Barrett’s side on 29 points.

My report from the Markets Field on a great win for @TreatyUnitedFC .

Yet again they showed what a phenomenal bunch of players they are.#Greatestleagueintheworld #Limerick #Treaty https://t.co/kd2hjCve9X

At the Carlisle Grounds, Galway United saw their title hopes all but end thanks to a damaging 0-0 draw with Bray Wanderers.

The Tribesmen enjoyed much of the play at the Co. Wicklow venue, but they were thwarted by a combination of good Bray defending and some poor finishing from their chances.

Bray on the other hand had opportunities themselves, but they could not make them pay.

In the night’s other game, Cork City and Wexford played out a scoreless draw at Ferrycarrig Park.

The Leesiders played much of the game with ten-men, but they held firm to secure a point against Ian Ryan’s ever-improving side.