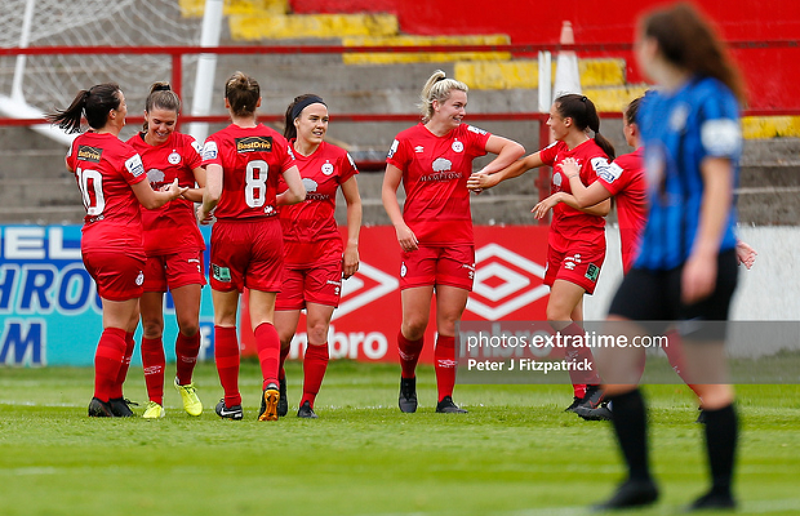 Keeva Keenan joins Shels with the Reds three points clear at the top of the table. Credit: Peter Fitzpatrick (ETPhotos)

Shelbourne have announced the signing of Republic of Ireland international Keeva Keenan as the Reds prepare to mount a serious challenge for this year’s Women’s National League title.

The Dubliner signs for Noel King’s side from Scottish Women’s Premier League side Glasgow Celtic where she had been since January 2018.

This will be the defender’s second stint with Reds having spent the 2015/16 season at Tolka Park where she won the WNL League Cup with Shelbourne as well as helping the club to a second place finish in the WNL behind Wexford Youths.

She departed at the end of that season to join Glasgow City in Scotland.

“It’s great to have Keeva come back to Shelbourne where she is comfortable with everyone,” manager Noel King said, speaking to the club’s website.

“Her ability to play in different positions and her International experience will strengthen the Club’s challenge for success as we approach the halfway stage.”

The Reds have taken the advantage in the race for this year’s WNL title with a win over Peamount United last weekend which has put them into a three point lead, they face DLR Waves this Saturday at the UCD Bowl (kick-off 6pm).