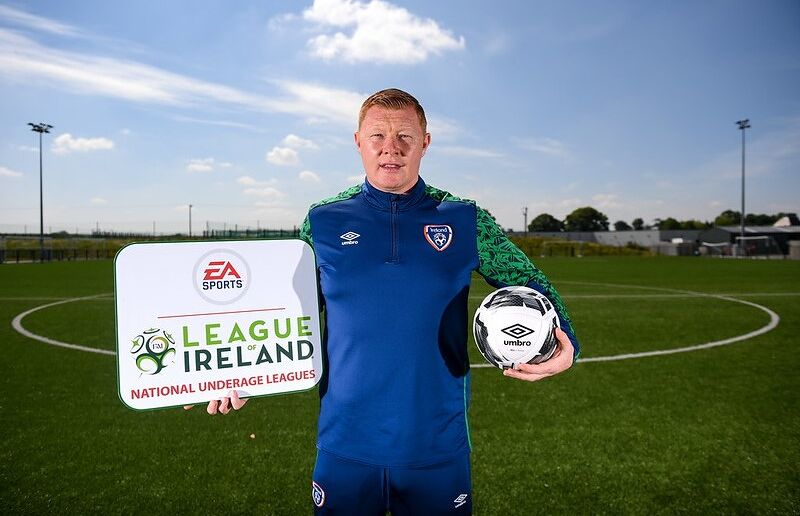 Ten years ago, the FAI transformed youth development in Ireland with the creation of the U19 National League.

The tournament, which was designed to give footballers coming back from English academies a competition to play in and to have ‘the best playing against the best’, kick-started a revolution for developing young talent in Ireland.

An u17 league was added in 2015 and an U15 league was created in 2017. Two years after that, the pathway through youth’s football was completed with the formation of an U13 National League.

The pathway has acted as a launch pad from academies to the Irish national team, with current stars Alan Browne, Chiedozie Ogbene, Jamie McGrath and Gavin Bazunu all having come through the underage National Leagues.

Will Clarke, who oversees the competitions in his role as League of Ireland Club Academy Coordinator, says that we need to keep evolving in order to produce better footballers in Ireland.

“The introduction of the underage National Leagues have been very beneficial to football in Ireland over the last ten years,” he said, “From our point of view now, we want to enhance what we currently have to ultimately develop a higher caliber of player.

“The underage leagues are going to continue to evolve and change. If you look at youth development around the world, it is evolving and changing all the time. It is important that we keep up with that.”

To keep up the momentum, Clarke hopes to keep an age specific approach to youth development in Ireland.

“Players at different ages have different developmental priorities,” he explained.

The current system won’t be resting on its laurels on its tenth anniversary, as the FAI have included the underage national leagues in their review of their Strategic Plan.

“At the moment we started a review of the Strategic Plan from the FAI,” Clark explained, “Part of that review is a strategic review of the League of Ireland and the academy system. Everything is up for review. We’ll have a look at what is going well and areas we need to improve. Things will constantly evolve and we will continue to try and make things better.”

'It is brilliant for the city - Derry City has always been built on good local players' - Paddy McCourt as the Candystripes continue to promote young local talent to their first-team https://t.co/EjL4Q1hjLn pic.twitter.com/MgmtnNwCzG