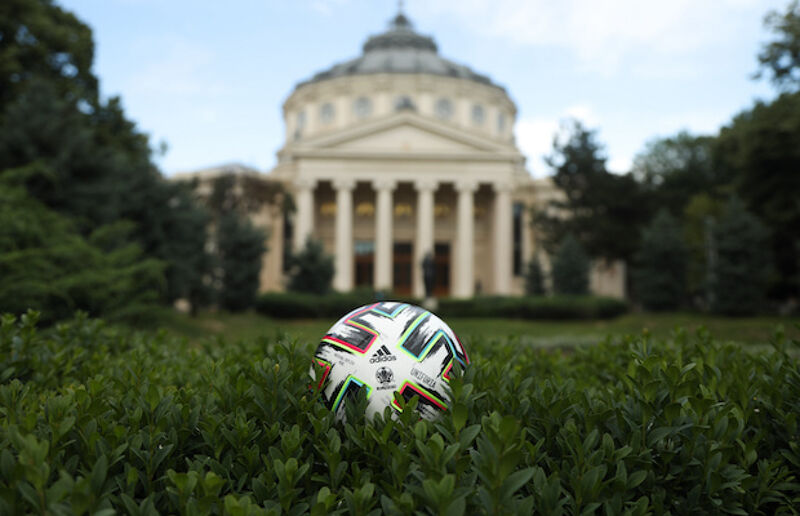 Unsurprisingly the squad is made up of players playing right across Europe – In Spain goalkeeper Stole Dimitrievski plays with Rayo Vallecano and Enis Bardhi with Levante, Ezgjan Alioski with Leeds United, Gjoko Zajkov is based in Belgium while three of the squad ply their trade in Italy.

The North Macedonian squad contains two brothers – Stefan and Milan Ristovski. The eldest brother, 29-year-old Stefan, plays his club football in Croatia with Dinamo Zagreb and has amassed 65 caps over an international career that has spanned more than a decade. His younger brother Milan plays in Slovakia with Spartak Trnava. He has earned just the one cap but is probably thankful of the extended 26-man squad for this Euros that has allowed him make the selection.

Well having gained independence in 1991 after the breakup of Yugoslavia, the use of the name Macedonia was objected to by their neighbours Greece who have a Macedonia region and so the country was known as ‘the former Yugoslav Republic of Macedonia’ by organisations such as the UN and UEFA. Following protracted negotiations with the Greeks, in February 2019 the official name of the country became North Macedonia. Oh hang on, you actually wanted to know how they qualified for the Euros…

They finished third in Group G behind group winners Poland and runners up Austria leaving Slovenia, Isarel and Latvia below them in the table. They lost all four games to the teams above them and won four and drew two against the three teams below.

They earned a Euro 2020 play-off spot having been ranked second in the teams who played in League D of the UEFA Nations League – they won their group by five points.

They beat Kosovo 2-1 in the Path D play-off semi-final and defeated Georgia 1-0 in the final thanks. Goran Pandev's goal secured qualification to qualify for their first ever major championship.

Pandev simply put is the greatest ever North Macedonian footballer. Winner of the Serie A title with Inter 11 years ago, the captain is still going strong in Serie A with Genoa at the age of 37.

He hit the 100 goal mark in the Italian top flight earlier this season. Across an incredible 117 international caps he has scored 37 goals including the winner in their Euro 2020 playoff.

Another notable North Macedonian striker plying his trade in Italy is Eljif Elmas. ‘The Macedonian Diamond’ (with his family from Turkey, his name means diamond in Turkish) was Macedonian footballer of the year in 2019.

He started his career with Skopje side Rabotnicki. He then moved to Fenerbahce before signing for Napoli where he won the Coppa Italia last year.

WHERE THEY ARE PLAYING

North Macedonia won their 2018/19 UEFA Nations League section with ease. They finished ahead of Armenia, Gibraltar and Liechtenstein, winning five of their six matches.

North Macedonia became the 35th country to qualify for the Euros and are one of two teams making their European Championship debut at these finals, along with Finland.

Their coach is Igor Angelovski, whose coaching palmarés includes winning the double with Rabotnicki, and he was assistant coach of the national team to Serb Ljubinko Drulovic before becoming head coach. He was the one who convinced Pandev to come out of international retirement to help the North Macedonia’s make it to a major championship.

They have started their World Cup Qualifying campaign with two wins from three. One of those wins was an incredible 2-1 away victory over Germany. Ilkay Gundogan cancelled out Pandev’s first half injury time penalty but Elmas side-footed shot five minutes from time by Marc-Andre ter Stegen gave the Lynxes a famous win.