Tommy Hewitt: 'One thing about this group, they always come back stronger from a defeat' 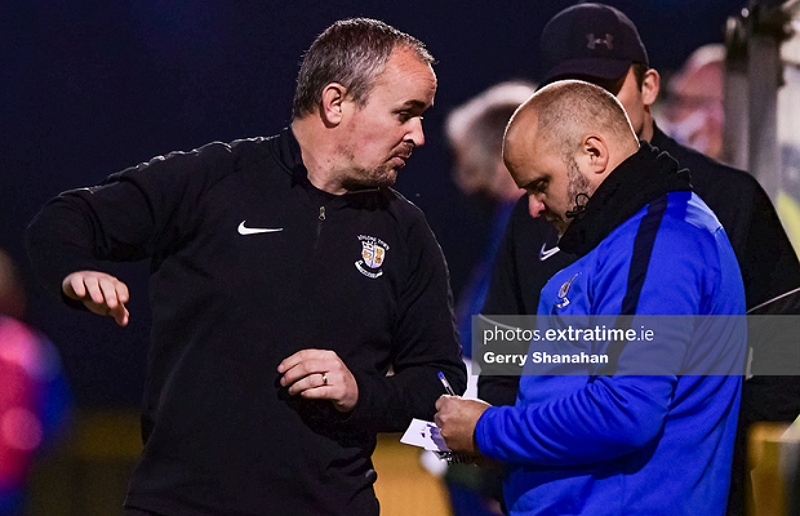 Athlone Town suffered a 3-2 loss at the hands of Bohemians when the sides met at Lissywollen on Saturday afternoon in the Women’s National League.

A first half brace from Erica Burke, including a penalty, and a second half goal from Chloe Darby won the three points for the Gypsies although Tommy Hewitt’s side didn’t go down without a fight.

“I thought we started very well, we went one nil up and I felt we could have been three or four nil up before they got, what looked like to me, a dubious penalty but look, the referee gave it and you have to march on from that,” Hewitt told extratime.com after the game.

“Then the second goal was just unfortunate with Leah [Brady] getting a bad injury out of it, which is more concerning than them scoring.

“We came back into the game and I felt we huffed and puffed, there was no real style or fluidity to our play and then to give away the third goal, it’s hard luck.

“In fairness to Bohs, they took their chance, they dug in and they got their three points. I can’t take it away from Bohs in fairness to them, they looked a little bit hungrier in the second half than we did.

“We’ll just have to regroup again for Shelburne, especially after a great result last week in Galway, it just goes to show the way tides can turn in this League.”

A bit of misfortune for Ria McPhilbin, who was making her first start of the season, allowed Darby score the winning goal when the goalkeeper came off her line to claim a high ball.

McPhilbin couldn’t secure the ball and it fell to Chloe Darby who was able to stroke the ball into an empty net.

“In fairness Ciara [Glackin] played last week, obviously Abbiegayle [Ronayne] because of the Leaving Cert, we’ve given her the time off and rightly so and she’s done very well. Ciara was in last week and she’s done really well.

“In fairness to Ria she hasn’t played all year, but she did well. In fairness she came for the ball, she was unlucky and it bounced off her and them things happen.

“If the team help her out then that mistake doesn’t matter.”

Despite the loss, Hewitt has taken the positives from the performance as his side now turn their attention to their final game before the mid-season break when they face second placed Shelbourne at Tolka Park on Saturday.

“There are a lot of positives from it. They’re a great bunch of girls, they’re working hard and they’re doing their best.

“We have a few injuries and a few players have left the club in the last few days as we’ll so we just have to galvanise them and regroup.

“One thing about this group, they always come back stronger from a defeat, we’ll learn and take a lot of positives out of this game today.”