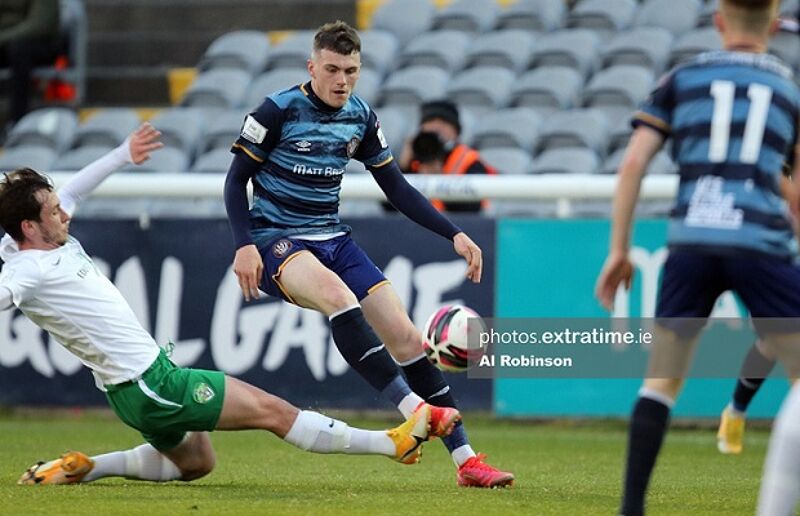 An injury-depleted Cabinteely suffered yet another heavy 3-0 defeat away to local rivals Bray Wanderers on Friday evening.

The Seagulls sailed to an easy win thanks to goals from Dylan Barnett, Richie O’Farrell and Gary Shaw.

Cabo did start brightly and had the first chance of the game when, on six minutes Jordan Payne’s ball into the box found McPhillips in space but the midfielder couldn’t make sufficient contact to turn the ball towards goal.

Bray didn’t take long getting into the game either. On eight minutes, Brandon Kavanagh’s dinked ball found Ryan Graydon in the Cabo box.

Graydon’s header square found Luka Lovic who was too close to Adam Hayden in the Cabo goal to get his effort past the keeper.

The Wanderers’ efforts did come good just two minutes later. After Graydon had won a free kick, Conor Clifford’s right-footed effort came off the post to find an open Dylan Barnett in the Cabo box.

The full back had time to take the ball on his chest and fire left footed into the Cabo goal.

Barnett’s cross found Richie O’Farrell stooping to head home a low header past Hayden from just over six yards out.

Bray looked threatening for the rest of the half with both Barnett and O’Farrell having chances to add to their tally but Cabo weathered the storm through to half time.

A triple half time substitute for the visitors saw Alex Aspil, Deane Watters and Ben Hanrahan all enter play at the expense of McPhillips, Conor Knight and Niall Barnes.

Bray used the break to bring Gary Shaw on for Luka Lovic who was perhaps lucky to still be on a pitch after a challenge on Dean Casey could have seen him awarded a second yellow.

Cabo did come into the game more in the second half with Dean Casey in particular looking threatening in a more advanced role on the left side.

The shift to three at the back with more attacking wingbacks gave the side more of an attacking edge.

While this threat never truly troubled Brian Maher in the Bray goal the Wicklow side were able to effectively end the came as a contest just over fifteen minutes from the end.

Dylan Barnett’s low free kick wasn’t dealt with in the Cabo box and ultimately fell at the feet of Gary Shaw who made no mistake in finishing low past Adam Hayden.

Cabinteely will hope to regroup before next Friday night’s visit of Limerick’s Treaty United to Stradbrook.

Friday’s fixtures will bring an end to the first round of fixtures and Cabo will be search for an all-important win to continue their playoff push.

Meanwhile, Bray will look to keep their winning streak going as they travel down the N11 to play a pointless Wexford side.