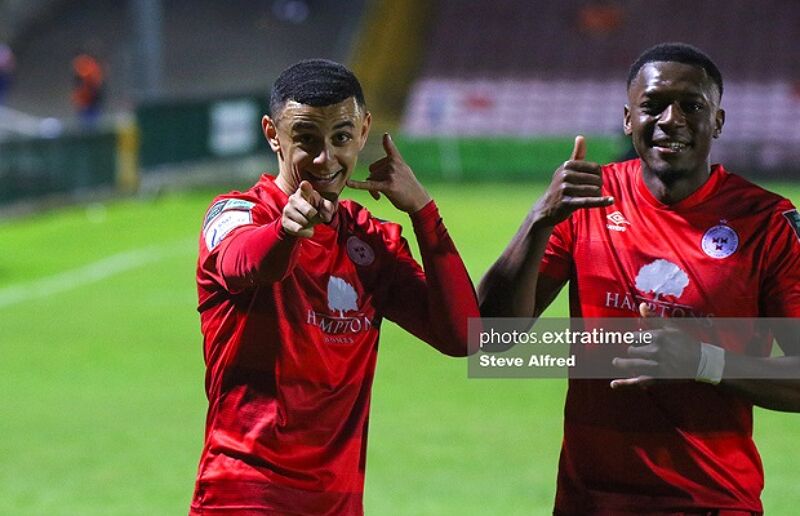 Cobh Ramblers will be looking for their first home win of the 2021 First Division season on Saturday when they host Shelbourne at St Colman’s Park (kick-off at 7pm).

The Ramblers have played three games games so far this year and lost two while drawing one.

The team will also be looking to bounce back from last week’s 1-0 loss away to Cabinteely, a result which saw the Ramblers drop to ninth in the table.

On the back of the result in Stradbrook, Cobh manager Stuart Ashton issued a rallying to his squad for this must win game: “We need to learn from our mistakes. We’ve done all our preparations, as a collective we take that on board. Hopefully we have done and will show that on Saturday night.

“Shelbourne have started the season well but we have our game plan and we’re confident in that. If we cut those mistakes out we give ourselves a great chance. Last week we didn’t take the chances we created, we have to do that. We want to create even more, but the chances we do make we need to be more ruthless.

“The camp is good. The spirits are high. Hopefully moving forward from here on in, we put things right and get the right results.”

Ian Morris and his high flying Shelbourne team will travel to East Cork in search of the points that will allow them to leapfrog UCD to top of the First Division.

If a league season is a marathon, then Shelbourne are setting the pace as the Reds are unbeaten this season.

No matter the game, Ian Morris’ side are finding ways to dig in and get results. Last week was the perfect example, as Ryan Brennan found the net in the second half to beat Athlone Town 1-0.

Shelbourne visited East Cork twice in their title winning 2019 season and lost both team to Cobh Ramblers. Ian Morris said that it is “important not to hang onto” their previous record at St Colman’s Park.

“I don’t look at things like that. The two squads have changed drastically since the last time we were down there so it’s a fresh game,” he added, “Possibly when you’re coming into round two or three you might be looking at that but we’re really focused on just going down there and play the attacking play we’ve been having.”

The Shelbourne boss also praised Cobh manager Stuart Ashton: “When Cobh win at home, no one is surprised. Stuart has done really well and we’re going to have to be at our best.”

Cobh midfielder David O’Leary will also come up against his former side, having spent the 2017 campaign at Shels.

A 3-1 victory over Cork City in April gave the Reds an early season victory in the Rebel County.