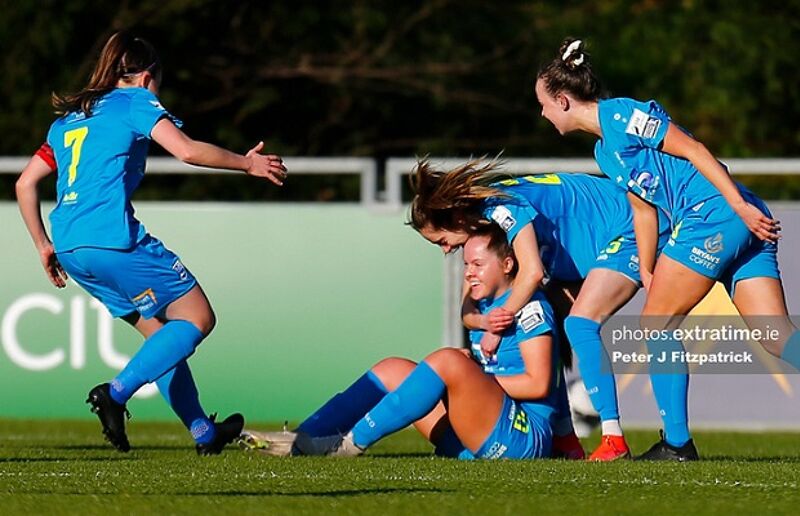 Waves will be looking for their first win of the Women’s National League season when Galway visit the UCD Bowl on Saturday (kick-off 6pm).

Graham Kelly’s side began their campaign a week after the rest of the teams in the League so they’re heading into just their second game of the season on Saturday.

That first game showed off an improved DLR Waves with the side performing well as they secured a 1-1 draw with Wexford Youths at the UCD Bowl.

Waves have recruited well during the off-season and if they want to make inroads into the upper end of the table Galway will be one of the teams they have to be beating.

Their record against Billy Clery’s side doesn’t make for great reading however, with the Dublin side failing to beat the Tribeswomen since 2017.

That might just add one more reason to go all out for the win this weekend in the WNL.

Waves will be without Louise Corrigan and Katie Burdis for Saturday’s game due to injury. Their goal scorer in the game against Wexford a fortnight ago is a doubt for the visit of Galway as is Jane McKevitt.

Billy Clery’s side goth their first win of the season when they defeated Bohemians 3-1 at Eamonn Deacy Park a fortnight ago.

Rachel Kearns added to her impressive tally for the season and the striker now sits on 4 goals in 2021, and top of the goal scoring chart currently.

Galway will also have been pleased to see one of their key prospects score her first senior goal as Kate Slevin also got on the score sheet, as well as experienced campaigner Lynsey McKey.

The Tribeswomen recovered well from their disappointing 3-3 draw with Cork City but they will need to keep up their momentum this weekend if they want to remain near the top of the table.

Clery has no injuries to his squad after two games played, however the Galway Girls will be without Chloe Singleton after her dismissal during their 3-1 win over Bohemians two weeks ago.

The sides met just once during last year’s truncated season due to Covid. Aoife Thompson and Katie Malone were on the scoresheet as the sides drew 1-1 in Galway.

Galway’s Rachel Kearns is currently top of the goalscoring charts this season with 4 goals so far in 2021.