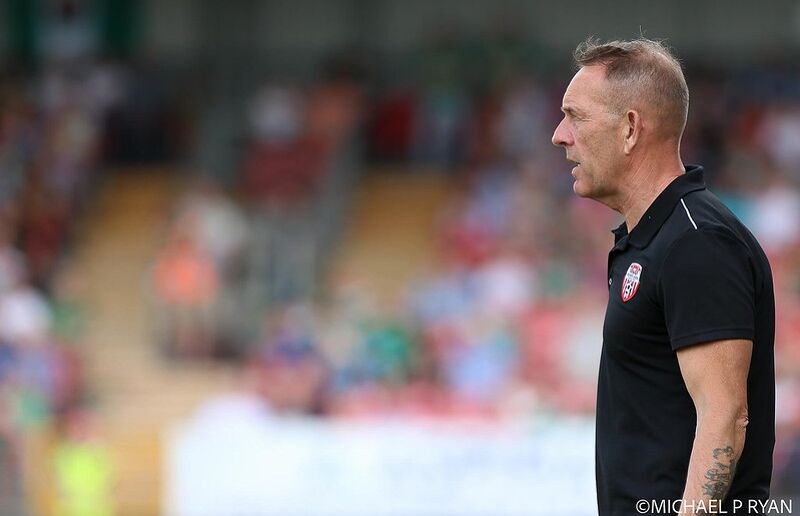 Tuesday night proved to be a famous night for Northern Ireland as they qualified for their first ever major tournament making sure they played a part at Euro 2022.

Kenny Shiels side 2-1 ahead from the first leg put in a professional performance to win 2-0 at Seaview to book their spot in next seasons tournament.

Northern Ireland created the first opening of the game when Marissa Callaghan was played in by Chloe McCarron but her effort was well cut out by Lyubov Shmatko going behind for a corner.

From the resulting corner Kirsty McGuinness whipped in the cross for Laura Rafferty but she poked her effort wide of the target from inside the penalty area.

Olha Boychenko then had a sight of goal for the visitors when she turned her way into the box before Rebecca Holloway came across to cover and block the shot.

Ukraine were winning quite a few fouls and putting balls into the box, they won a free-kick just outside the box on 28 minutes allowing Tamila Khimich to whip in a ball but Jackie Burns was on hand to punch the danger away.

On the stroke of half-time Julie Nelson made a crucial block when Olha Ovdiychuk ran onto a loose ball following a goal-kick before powering her way into the box but the Crusaders defender got back to win the challenge.

Burns was then relieved to see Daryna Apanaschenko drag her shot wide as she picked up the ball on the edge of the box.

Northern Ireland took the lead on 55 minutes when Julie Nelson whipped a free-kick to captain Callaghan before she flicked the ball on, Samson came off her line but couldn't get a strong punch as it fell for the Cliftonville midfielder to slot into the net for 1-0.

On 78 minutes Burns was called into action as she had to be alert again when Khimich fired  a cross into the box however the keeper was off her line quickly to punch the ball away to safety.

Shiels side went close to doubling their advantage when Chloe McCarron broke free before attempting to pick out Simone Magill but her low cross was over-hit and sailed across the area before the Everton striker could reach it.

Ukraine then had a player sent off in the 87th minute when Natiya Pantsulaya brought down Mcfadden when she was going in one on one with the goalkeeper.

History was then completed when Nadene Caldwell made it 2-0 when she pounced on a  mistake at the back to get one on one rounding the keeper to slot into the net.

"These are amateur players, 16 of the panel play in the Irish League for Glentoran, Linfield, Cliftonville, Sion Swifts and Crusaders. I'm so grateful to those clubs. They're playing against players who are playing for Riems and all the top teams in Europe, Barcelona players during the campaign, Manchester City, Arsenal.

"It's incredible, what they've achieved. Incredible.

"They're the best achievers of all time. There's nobody can match what they've achieved. Nobody. Until Kingdom come."

"I look at my staff - grown men crying," said Shiels. "I'm nearly in bits myself but it's down to the girls at the end of the day.

"When I came in in 2019, the girls were traumatic, in bits, in pieces. I was the new face. I might have helped a bit but they were self-driven and they took it on.