Dave Bell: 'Probably when they scored we dropped off that little bit, it might have been a bit of fear from the girls or something like that, but in the end I thought we were deserved winners' 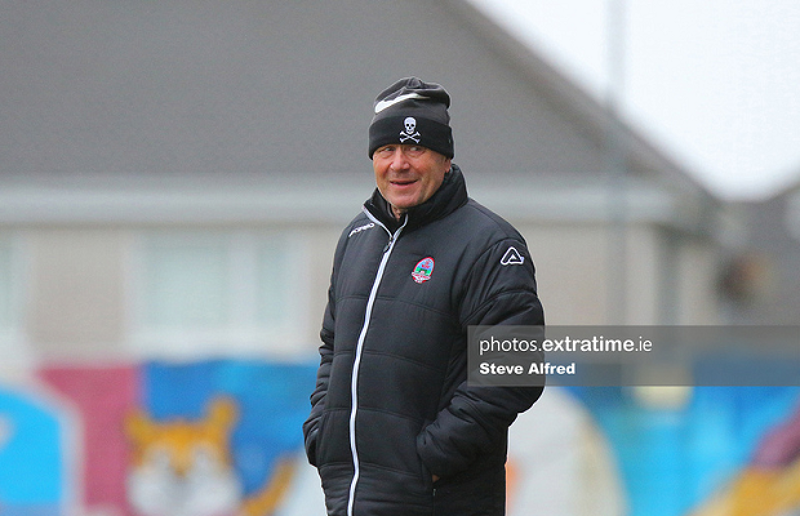 Galway secured the first win of their Women’s National League campaign on Saturday afternoon with a 3-1 win over Bohemians at Eamonn Deacy Park.

After suffering the disappointment of a 3-3 draw with Cork City in their first outing of the season, Galway coach Dave Bell was pleased that the side saw out the game to claim all the points and move to second in the table.

The former Shelbourne boss had specific praise for Rachel Kearns who put in another stellar performance for the Galway Girls at the weekend.

“We’ve got that win under our belt, especially after last week where I thought we should have won as well so it’s nice to get them three points and I think for most of the game we dominated,” Bell said, speaking to the media after the game.

“Probably when they scored we dropped off that little bit, it might have been a bit of fear from the girls or something like that, but in the end I thought we were deserved winners.

“It’s Rachel Kearns who works really hard up front, she’s a great girl and a great asset to us there.

“Her power and strength got her a goal and the goal for Kate Slevin. I’d have to say she’s been a great addition to the team, that’s not to say the other girls aren’t brilliant as well but it certainly helps us, with the strength and power that she has.”

Some defensive mix ups cost Galway dearly in that opening game with Cork City which may have been a product of the side settling into a new defensive shape.

Galway have started their two games with three at the back but they change it up as needed and it’s something that they have been working on in training, Dave Bell revealed.

“We worked very hard on the formation in training. We play three at the back but we quickly go into a four when we need to and the girls are learning that quite quickly,” he explained.

“The girls are getting used to changing formations depending on the state of the game.

“We did defend quite well and against a team that wanted to be very forward with the ball and knock long forward balls and I thought we defended them great today.”

Despite the positives there was one downside in the game at the weekend as Chloe Singleton was dismissed late on by the referee after receiving a second yellow card.

The midfielder has started both games for Galway this season, and provided the assist for Lynsey McKey’s goal on Saturday but she will now miss the game against DLR Waves.

“She’s going to be a great loss to us and we’re not quite sure yet what the referee has put in his report or why she’s been sent off but I’m sure we’ll find out,” Bell said.

“It’s something we’ll have to look at but Tessa Mullins came on today and did very well in the midfield and we have more girls there that are coming back and can slot into the team so it’s unfortunate for Chloe but it’s a great chance for another player coming in.”

Galway’s next game is against DLR Waves at the UCD Bowl on Saturday, April 17 (kick-off 6pm).