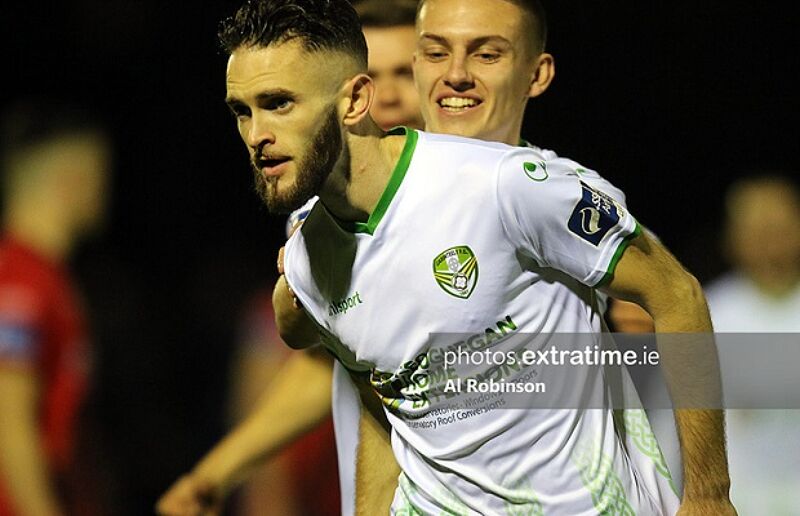 First Division Cabinteely have re-signed forward Kieran ‘Marty’ Waters ahead of the 2021 season.

The South Dubliners have also unveiled the signings of Ben Hanrahan and Adam Hayden.

Former Shamrock Rovers striker Waters has made 93 appearances for Cabinteely so far, and his 34 goals in that time is the club record for the South Dubliners.

Marty Waters joined Cabinteely in 2017 from UCD and would go on to score 15 goals in the 2017 season for Pat Devlin’s charges.

The 30-year-old was named as the PFAI First Division Player of the Year as a result of heroics that season.

Marty Waters is Cabinteely’s 25th signing of the 2021 season – and their 21st re-signing.

News of his re-signing comes days after it was confirmed that Collie O’Neill has joined Cabinteely’s backroom team for 2021.

O’Neill was Marty Waters’ first-team manager when the pair were at UCD during the 2016 season.

During his most recent season at Stradbrook, the forward scored four goals in 20 appearances for Pat Devlin’s side.

Meanwhile, Hanrahan re-joins Cabinteely after a recent stint away from the club. He played for Cabo during the 2016 season before joining UCD in 2017.

He was most recently with UCD’s Leinster Senior League side.

Former Bray Wanderers goalkeeper Adam Hayden also joins the club after a two-year stint at the Carlisle Grounds came to an end.