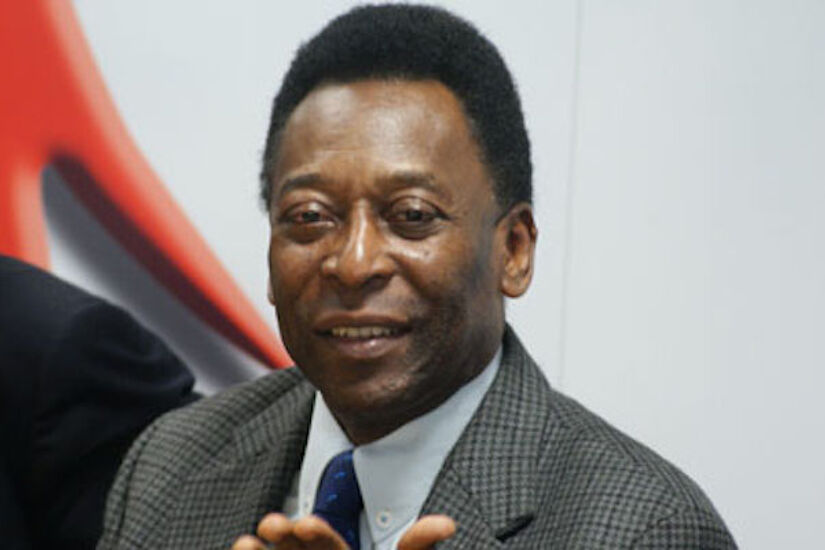 Pele: The Normal One who dragged a nation to new heights

The Netflix documentary Pelé tells the story of a true icon of the game who came from a humble upbringing in a country jostling for position with other countries as the next breakthrough nation from an economic and political point of view.

Pelé is portrayed as a normal man, not someone who has appeared self-obsessed in recent years trying to quash the greatness of Lionel Messi. There is no question Pelé revolutionised his sport and is the greatest of his generation and arguably of all time but throughout the documentary we see the influence Pelé had on his country off the pitch.

The documentary paints a picture of Brazil, a nation where the people felt inferior to other nations. The defeat at the hands of Uruguay in the 1950 World Cup Final brought such devastation to the country, this was supposed to be the day where Brazil emerges from the pack and becomes known worldwide.

During that period there was an acceptance among Brazilians that they were destined for mediocrity, that they may never step into the spotlight.

Pelé’s childhood was an honest one, he was never self-obsessed when the rumours of his remarkable talents were being mooted. He would go to work to help his family when his father was injured by shining people’s shoes.

In fact, his admission that he “did not know other countries existed” shows the modesty of the man and the environment he was exposed to.

Our first interaction with Pelé in the documentary is seeing him as a fragile old man shuffling to his seat using a walking frame wearing modest clothing, without knowing who he was it would be easy to assume he was just your average Joe. Pelé admits to having a loveless marriage during which he had multiple affairs resulting in children he would find out about in later life.

Even this global superstar would succumb to the challenges and pressures of normal life. Throughout the documentary, Pelé references God giving him a gift to play football, and breaks down in tears when looking back on key moments of his career.

Even at 80 years of age the humanitarian side of Pelé shines through as the remarkable achievements of his career appear to have not sunk in yet.

Similar to Michael Jordan and Tiger Woods, Pelé is the poster boy for his sport. Once his inevitable journey to greatness began, he became a global icon and would often travel worldwide for advertising purposes and sponsorship deals. Like Woods, Pelé found adjusting to stardom a difficult transition, a testament to his humble upbringing.

He rarely turned down questions from the media. A man of the people, whenever someone said they were from Brazil they would be met by the response of “Pelé.”

A star is born

Fast forward to the 1958 World Cup in Sweden and a 17-year-old Pelé was about to announce himself to the world and finally put Brazil on the map. With Brazil being a relatively unknown quantity when acclimatising to their Scandinavian surroundings, some local Swedes touched Pelé’s skin in disbelief of seeing a black man for the first time.

We are treated to some dazzling images of Pelé tearing defences apart as he leads Brazil to World Cup glory. Pelé scored six goals across the tournament including the winner against Wales, a hat trick against France in a 5-2 semi final win and a brace as Brazil eased past hosts Sweden by the same score line.

Queue delirious scenes back in Brazil as the entire country embraced its newfound fame. Pelé had taken Brazil to the next level as a nation. Brazilians began to believe in themselves. A second consecutive World Cup would follow in 1962 as Pelé spearheaded Brazil’s journey to world domination in football albeit with his contributions in the final limited due to injury.

He enjoyed a glittering career with his club Santos, winning the Intercontinental Cup (now known as the Club World Cup) twice. A competition which is still held in the highest regard in South America, while it is somewhat disregarded in Europe as the financial power of the UEFA Champions League and domestic football have taken priority.

A turbulent time threatens to halt Pelé in his tracks

Being such a national superstar brings some responsibilities. The documentary addresses Pelé’s neutral political stance particularly throughout Brazil’s military dictatorship from 1964 to 1985. Pelé regularly met with Presidents including, Garrastazu Medici during a turbulent time for the country.

Brazil’s off field struggles filtered through to fortunes on the pitch, coupled with a period where Pelé became disillusioned with football. Pelé often criticised the defensive and aggressive style of his European counterparts citing that football was becoming a results based business rather than the aesthetic sport Pelé saw it as.

The 1966 World Cup in England brought Brazil back to the doldrums of yesteryear as the defending champions were eliminated at the group stage. Pelé often found himself marked out of games as teams adjusted their styles to man mark the talisman out of the game.

The legendary figure was subject to some harsh treatment from the opposition as he was often fouled and tackled hard which eventually culminated in him getting injured. The great man fell out of love with the game and had his talents questioned on the international stage before being alienated in the build up to the 1970 World Cup by manager Joao Saldanha.

No sports documentary is complete without a comeback though. Brazil arrived in Mexico under huge pressure to win from Medici, to the point that some Brazilian fans wanted their team to fail because of the dictatorship.

Pelé still relatively young at 29 was rejuvenated under new manager Mario Zagallo as he lead Brazil to their  third World Cup triumph with a 3-1 victory over Italy. It was a moment Pelé described as the best moment of his life. The streets in Brazil were flooded with the party atmosphere we saw between 1958 and 1962, the country was able to breathe after years of turmoil.

Pelé retired from international football and left Santos to grow the game of football in America, ending his career with New York Cosmos. In total he scored 1283 goals and is still the only player to win three World Cups.