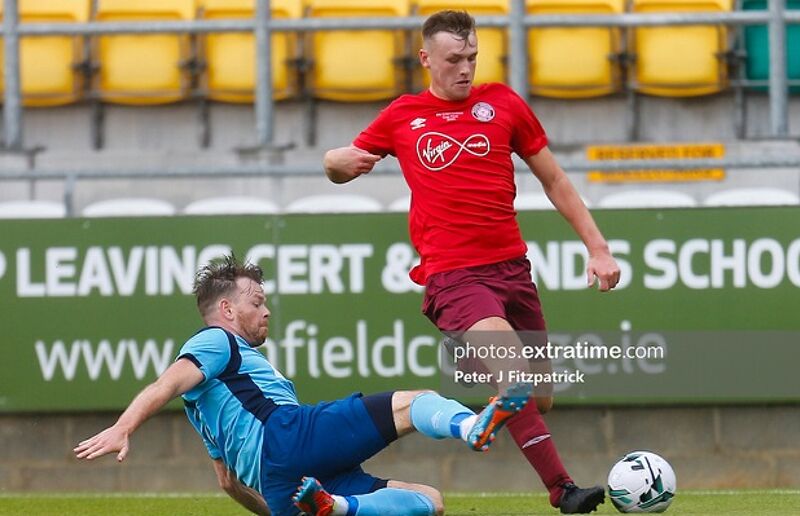 As the near six-month shutdown on non-elite footballing activities continue, junior footballing stakeholders have called on some sort of clarity regarding a potential return to football activities.

Under Level 5 restrictions, only elite sport has been allowed to proceed, with many across different sports left looking for some sort of clarity.

And junior football is no different. Since March 2020 – they have only briefly returned before being stopped in their tracks again in October after a near four-month return.

There remains no clear guidance regarding a potential return for non-elite sport, something that is understandable in the current climate.

But that has not stopped several players making the move from the amateur leagues around the country to the League of Ireland and the top-flight in Northern Ireland.

Brian McCarthy who manages St Mochta’s in the Leinster Senior League – who has lost three of his players so far during the break – has said he is unsurprised that his players have been poached by senior clubs.

“Am I surprised they got looked at? No, not at all,” McCarthy said. “It’s a problem trying to keep players involved but I don’t want to hold back players either.

“It’s great that the players are getting recognition for what they’re achieving in the LSL.

“There are some very good players in the league. It’s great for the lads and players that they can get moves.

“We’re an LSL side at Mochta’s so if players want to step up you have to admire them for wanting to better themselves.”

In a recent letter sent out to footballing stakeholders, FAI CEO Jonathan Hill insisted that “as soon as we get the green light, they (the stakeholders) will be back on the pitch.”

While waiting for the ‘green light’ is all well and good, there remains no date that junior clubs can look to as a possible return.

With that in mind, McCarthy stressed that any sort of clarity would be a major help.

“We need to be realistic as to when we can come back,” he finished. “There are people dying and suffering with this pandemic.

“In fairness to the leagues, they’re probably waiting on the FAI to decide.

“I’ve a young kid who is playing in an academy and trying to explain to him that he can’t play football is hard.

“I don’t know who make the decisions or who advises who, but I’d love just a decision to be made and leave it at that.”

Stephen Chambers – now 29 – is the brother of former St Patrick’s Athletic star James. He was also formerly on the books of Bohemians during his earlier playing days but left Bohs in 2011.

Currently he is with FAI Intermediate Cup runners up Killester Donnycarney – and he is also hoping to receive some sort of guidance from the association.

“I don’t know what league we’ll be coming back to as it will be so long since we’ve played when we get back,” he explains.

“I know it is really hard because they (the FAI) are only getting correspondence from others. But a little bit of clearance would be great.”

Despite his long absence from elite football – a 10-year one - he admitted that should he get the chance to play in the League of Ireland in the next few months, he may consider it.

“I had chances to go and play before when I was younger, but it didn’t happen for one reason or another. I probably was not good enough to move up to that standard.

“If an offer came, I would think about it, but I don’t think I’d be able for the physicality of the League of Ireland. It’s a very modern game now.

“Killester is a great place to be at the minute. I always tell players to play League of Ireland football if they get the chance to.”

However, for some, the lure of playing football again was something that proved too strong to turn down.

Former St Mochta’s forward Gareth McCaffrey is one man who has made the move north of the border to play.

He of course, recently signed for Glenavon along with his Mochta’s teammate Craig Hyland and fellow Leinster Senior League counterpart Josh Doyle.

“It was a massive opportunity to try again at the top level,” he said. “It was something that I couldn’t turn down really. In terms of the Leinster Senior League, we were given no return date.

“As far as we were told, there was and still is no plan to return. I didn’t want to be waiting a few months to be playing again.

“All you want to do is play football. When you’re waiting for a date it can be frustrating.

“I think that’s why a couple of LSL lads have made the move (to professional clubs).

“If there was a return date, they might not have, but for me personally it was about testing myself at a higher level again.”

It is expected that more players will complete moves from the junior ranks to the League of Ireland ahead of Thursday evening’s 11pm deadline to sign players.