Garry Buckley: The winning mentality John and his backroom team instilled into us was a big reason we were so successful for many years 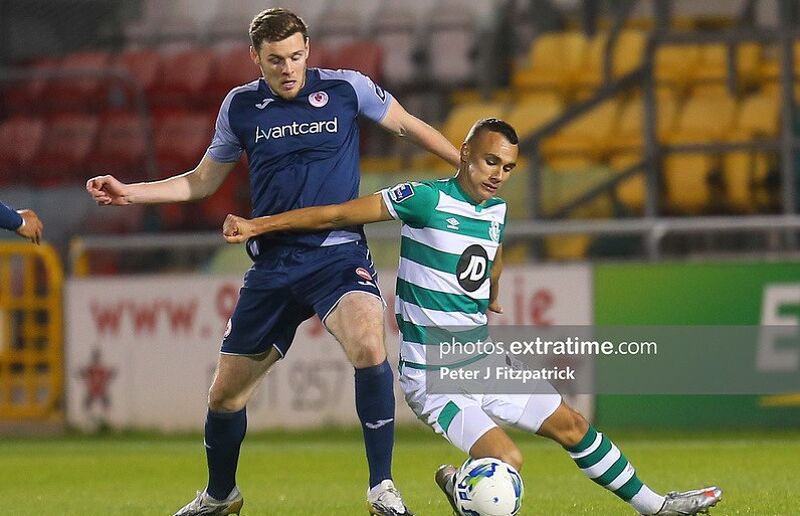 It's never easy to leave behind everything you've known since birth and take up a fresh challenge in pastures new, but that's exactly what Garry Buckley did upon departing his hometown club Cork City for Sligo Rovers in 2019.

Following underage football with local side Leeds FC, Garry came through Cork City's youth ranks to make his senior debut, as an 18-year old, against Athlone Town during an FAI Cup tie in 2012.

From this highly anticipated, but nerve-wracking experience, he went on to contribute greatly, under John Caulfield's guidance, to the Leesiders' triumph in the 2016 Blue Riband decider and the subsequent season's double.

“First thing and probably most pivotal, John did when he first became manager was to turn the team into a full-time outfit. Training, eating and living like a professional footballer every day was a big factor on our success.

"Together with that, the winning mentality John and his backroom team instilled into us was a big reason we were so successful for many years.”

Nearing a decade on the books of the club he grew up with, Buckley came to the difficult conclusion that to advance his footballing prospects, a change from familiar surroundings was required.

“Leaving my hometown club that I supported since a young child was not an easy decision.

"Part of me wanted to stay, but I thought the best thing for my career at the time was to leave and experience life outside of Cork after spending almost ten years at the club.

"Part of me too, probably wanted to show people I could still perform away from Cork.”

In addition to a different location and teammates, the Corkonian also converted from a box-to-box midfielder to a more than capable central defender, not by any means an alien position, forming a solid partnership with John Mahon.

“I suppose it wasn't something I thought would occur coming to Sligo, but injuries and whatnot caused it. Saying that, I always believed it was my most natural position … I played there for most of my younger years and even signed for Cork City in 2010 as a central defender, so it was nothing new.

"I always knew I would end up back there at some stage … Maybe it was a blessing in disguise.”

In late 2020, Garry penned a contract extension with the Bit O'Red and acknowledged that the club are heading in a positive direction, in order to match his own ambitions.

“So far, I'm happy with how I'm getting on in Sligo. Making Europe was a great achievement for us in my first year.

"I believe everyone's aim, personally and collectively, going into a season should always be to improve on the one previous, but Rome wasn't built in a day.

"I do feel we're on the right track. However, I'm as hungry as ever to win some more trophies and I'll be working and performing as best I can to achieve that for Sligo.”

Andy Myler – I certainly don't think that professional sports were looking to come back at the expense of elite amateur sport https://t.co/2qdg2rL5VV pic.twitter.com/rbAOQ8g3ki