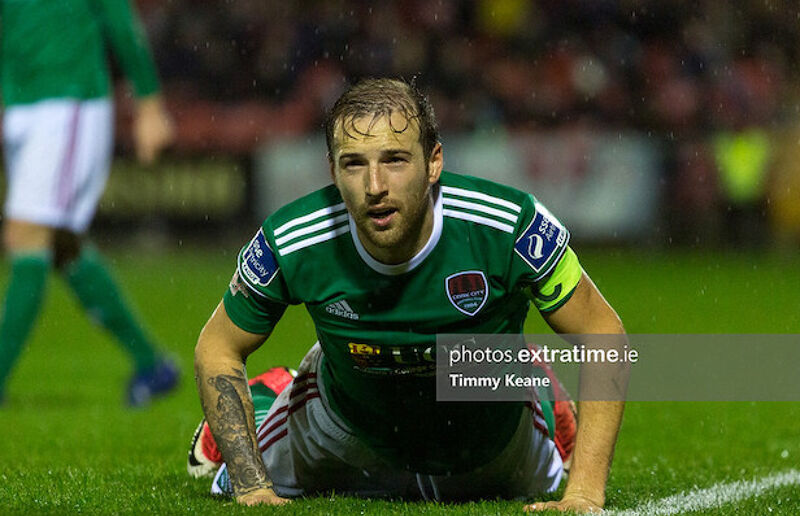 Eager to return home after being in Everton's academy, as a 19-year-old he found himself persuaded to journey out west and join Galway United in 2010, thanks to one man's ability to redress a young forward's self-esteem.

“I came from a pretty low point because at Everton I wasn't treated the best,” said Sheppard. “After reaching out to clubs, Sean Connor at Galway was brilliant and wanted to sign me. After talking to him, I knew he was the kind of manager that I wanted to play for. He gave me confidence before I even went there.”

During Sheppard's sole season for the Tribesmen, he more than justified Connor's belief by netting the only goal in a play-off win over Bray Wanderers, to ensure the Connacht side stayed in the Premier Division.

“It was huge because the club was in a lot of financial turmoil at the time. After Sean showing so much faith in me it was great to repay him by keeping the club up. We knew exactly what was involved going into that game.”

A rejuvenated Sheppard's performances that season caught the eye of then Shamrock Rovers manager Michael O'Neill, who signed him in 2011.

That year, a Premier Division and Setanta Sports Cup double could be arguably viewed to have been overshadowed by the Tallaght side's achievement in becoming the first League of Ireland club to qualify for a major European competition's group stages, after overcoming FK Partizan away, on aggregate, in the UEFA Europa League.

Sheppard won a penalty in extra-time in Belgrade, that Stephen O’Donnell converted to win that playoff. The striker would score away to PAOK in the group stages in a game the Hoops lost 2-1.

“I think we were probably 100/1 to go through in that tie (in Serbia). We got something special from it and for us it was an unbelievable night. After going through, we had a fantastic night afterwards and were absolutely shattered as a result!”

On the back of that season another opportunity in England arose, as Reading took the Irishman on their books in 2012, but loan spells to Accrington Stanley and back at Shamrock Rovers (where another Setanta Sports Cup was captured) meant only additional disillusionment with cross-channel football.

“I didn't enjoy my second stint in England and I'm not afraid to say that. Even though I wasn't based in Dublin, it was just a car journey up the road. I'm a bit of a home bird and didn't enjoy the lifestyle in England.

"You're so isolated from friends and family, it probably just wasn't for me. When you're not happy off the field, it certainly shows on the field.”

A permanent return to the Hoops in 2014 included a couple of First Division appearances for their B team.

The following season he was on the move again, linking up with John Caulfield's Cork City, who were playing second fiddle to Dundalk for domestic honours until the Leesiders captured the 2016 FAI Cup and the subsequent year's double.

“We were behind Dundalk for years, trying everything to topple them, but we just couldn't. They were a fantastic team and we finally pipped them in the cup and then the double. Those 18 months were a fantastic feeling, to have at last put one over them.”

Reappearing in Dublin once more, in 2020 with Shelbourne, Sheppard who was diagnosed with psoriatic arthritis in the past has recently called time on a most fulfilling League of Ireland career at the age of just 29.

“The last couple of years I've suffered a lot of pain, either from icing my knee or heating my back. I've tried everything, even changing my diet, but it never seems to work. "

It would have been nice just to play sport and be pain-free. Now I can just relax my body instead of training professionally and trying to get back in shape all the time.”