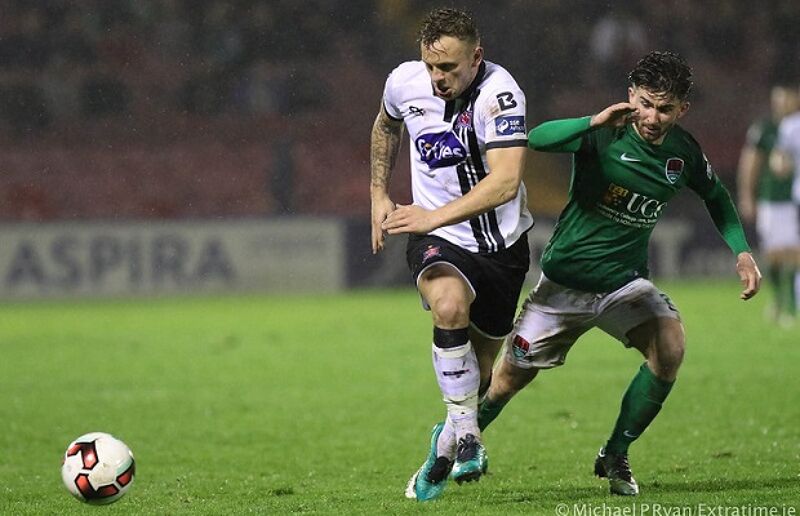 Barrett in action for Dundalk against Cork City in the President's Cup in 2017 Credit: Michael P Ryan (ETPhotos)

Former Dundalk and Waterford defender Paddy Barrett has made the move to join Cambodian outfit Preah Khan Reach Svay Rieng after a recent stint in the United States.

The 27-year-old Waterford native was most recently with USL side Cincinnati FC after departing Dundalk in 2017 at the end of his contract at Oriel Park.

During his final campaign with the Lilywhites, Barrett joined his hometown club Waterford on loan where he helped them clinch the 2017 First Division title.

The former Dundee United academy star has also played for Galway United in the League of Ireland.

He now joins Cambodian side Preah Khan Reach Svay Rieng, a side who are coached by Limerick native Conor Nestor.

Nestor has been in the role of Head Coach of the Cambodian side since January 2018 and is in his job three years to date.

“There’s a lot of changes for me to adapt so I think I’ll give it a little bit more time and hopefully I can settle in a bit better, but so far so good,” Barrett told Waterford News and Star after joining his new club.

“The heat here is a very big factor. It’s very hot here and I wouldn’t be used to it so it’s a big change. Over time though hopefully I’ll be able to settle down.”

He added: “It’s crazy how I ended up here in Cambodia. Conor (Nestor) reached out to a friend of mine in Ireland, Paddy Carey, who is a top coach.

“I was in America and I started talking to Conor. I knew that he was interested, and he brought me out here.

“I think that the timing of everything for me worked,” he said. “With the end of the season in America and the uncertainty with the Covid 19 situation so it’s a new challenge.

“Conor is a big factor to why I came out here with the help of Paddy. I have the information on how he likes to coach and work, which has impressed me.”