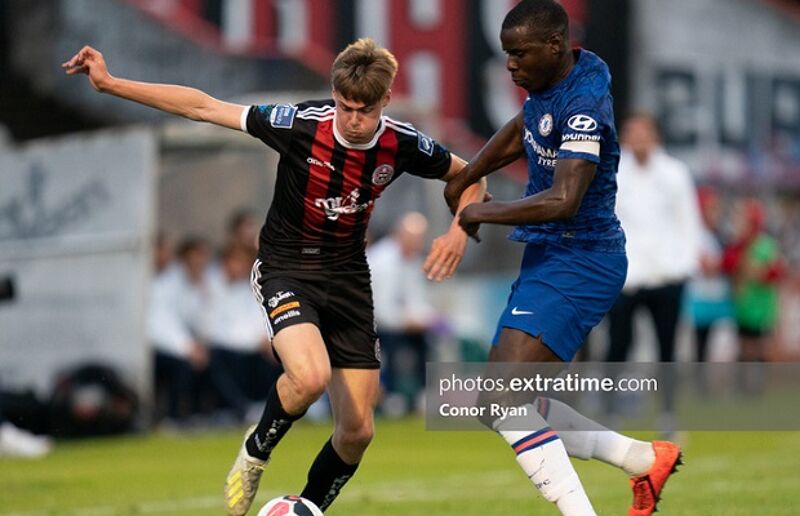 The 16-year-old came through the famed St Kevin’s Boys schoolboy set-up and played a number of times for Bohemians in the Premier Division.

The son of ex-Longford Town skipper Barry made his competitive debut for the Gypsies in September 2019 away to Derry City – just months after he played in a mid-season friendly against Chelsea.

He most recently won the under-17 National League title with Bohs-SKB, scoring in the final against Shamrock Rovers last month.

“Evan has progressed through the Bohs-SKB Academy system, playing in our LOI U15, U17 and U19 teams, and he also became the youngest player to ever play for the Bohemians first team,” Bohs boss Keith Long said after the deal was completed.

“Under the guidance of Karl Lambe, Rob Doran and Alan Caffrey at St Kevin’s, and later with Ger Browne, Jimmy Mowlds and Derek Pender at Bohs-SKB, Evan has developed into one of the country’s brightest prospects.

“Everyone at Bohemians and St Kevin’s wishes Evan the very best of luck with Brighton and we hope to see him representing Ireland at senior international level in the future.”