John Andrews: 'There needs to be more emphasis on coaching education and player development' 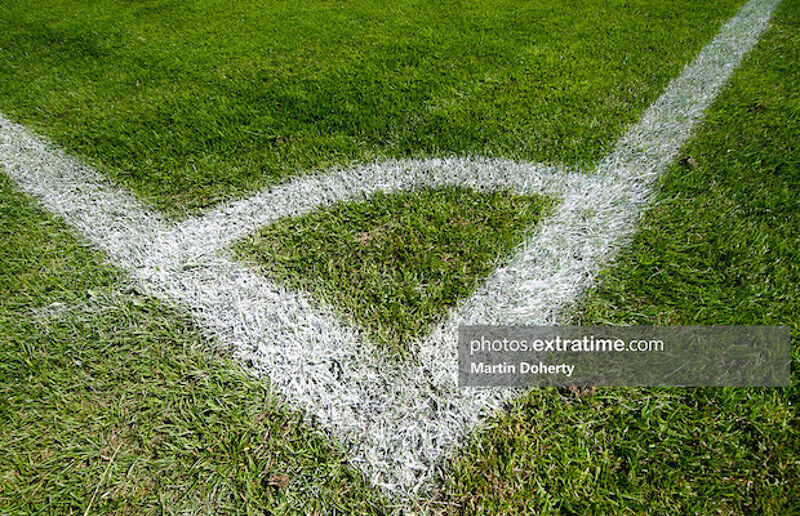 It took John Andrews to leave Ireland in order to pursue his long-held ambition of coaching within a system which enables those who excel to go as far as they wish. Currently enjoying a second stint in Iceland, as Head Coach of Vikingur FC Women's side, the former League of Ireland defender reflects upon his diverse career path.

As a teenager, John left junior football with local side Ringmahon Rangers for Coventry City. Unable to make the breakthrough into the Sky Blues' first team, the Cork youngster dropped into non-league football until becoming an ever-present during Mansfield Town's 1999/00 campaign.

“When you come out of the league, you're a bit disillusioned. Mansfield was just one of those culture things and somewhere I fitted in because of the type of people they were - very working class, similar to myself.”

Following another English non-league experience (on loan at Hucknall Town in 2002), Andrews returned home, turning out for Cork City and then Cobh Ramblers. Unsatisfied with seeing out his playing career on home soil, an opportunity to accept a football scholarship at Martin Methodist College, in Pulaski, Tennessee was gleefully taken up in 2004.

“I always promised myself that when I came out of full-time football that I'd go back and do my Leaving Cert … That's where it all came from. I was getting a little bit bored just training two nights a week. It was just a throwaway comment to Liam Murphy, seeing if there was any chance of me going to America.

"Liam said: ‘You're 25 and that's a bit too old.’ Then we played Manchester United in a friendly a few days later. Murph told me that a guy had come up to him and asked if there was anybody interested in doing a scholarship in the US. I never really planned any of it and tend to just go with the flow.”

It was in the States that led John heading for Iceland in 2008. At Afturelding, various coaching roles were somehow juggled alongside first-team appearances.

“It was very tough, but I love the game and being involved. It's an honour to get paid for doing what you love. Back then, I just wanted to soak up as much experience as I could. I always wanted to be a coach. Even as a player, I thought that being a halfway decent one could open some coaching doors for me. I was doing the U-15 boys, the Academy, Assistant Coach to the women's reserve team and also playing. You make the time and don't create problems, but solve them.”

Seeking a different challenge, Andrews took on the positions of Assistant Manager and Strength & Conditioning Coach at DSK Shivajians, in Pune. The venture was part of the Liverpool International Academy in India and an opportunity to work alongside fellow former League of Ireland player Dave Rogers.

“I didn't think I was going to end up in India and even when I applied for my visa, I was booking tickets for music gigs that were coming up. The first two to three months I was there, there was no problem with salaries, but after that it just went to hell. On half a salary, then none, it's very hard to motivate yourself, nevermind the players.”

Leaving behind financial issues for a return to Iceland, the Irishman's latest appointment came towards the end of 2019, becoming Head Coach of the Vikingur FC Women's side. As someone who's travelled extensively in football, he firmly believes that certain structures should be put in place for the benefit of homegrown coaches.

“It's something I'm very passionate about. We need to have a look at other countries where their model works. In Iceland, you're paid from coaching U-8s upwards, so there's a monetary reward for your services. In this system, you can almost see a pathway right up to the national side. I'm a massive fan of volunteers, but I don't think that helps in coaching football.

"I think there needs to be more emphasis on coaching education and player development. Everybody can read all the books and go on YouTube, but there's the smell of a dressing room that you can't explain to people who haven't been in one. I don't think that every time a kid walks onto a football field, they have to be coached.

"There has to be enjoyment because it's detrimental to football if you have to tell youngsters what to do all the time, instead of figuring things out for themselves. Sometimes it's good just to turn up to a training session with a football, some bibs and say: ‘There you go.’"