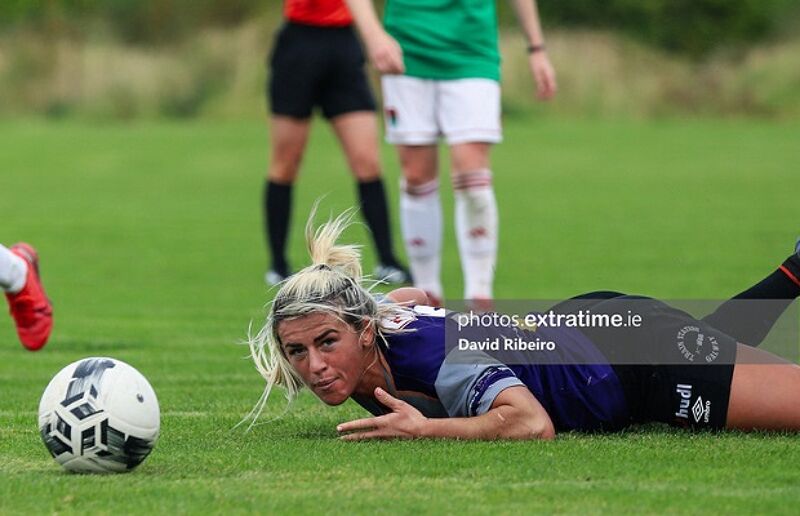 Shelbourne will go four points clear at the top of the Women’s National League with victory over Galway at Tolka Park on Saturday afternoon (kick-off 2pm).

With main rivals Peamount United in FAI Cup action, the Reds have the chance to build up a healthy cushion, though the Peas would have two games in hand to make up.

Shels come into the game in sparkling form, with thumping wins over Wexford Youths (5-2) and Cork City (4-0) either side of the international break.

And having been eliminated from the cup already, the Reds can focus purely on the league from now on.

"We had a rocky start but since beating Wexford our hopes are higher than ever,” said winger Jessica Ziu, who was this week named player of the month for October.

"We have two more games to go against two of the toughest teams in the League in Galway and Peamount. They are like two cup finals for us.

"We've spoken about it as a team, we all want to win the league. Of course it would've been nice to get the FAI Cup Final, but the league was always our aim.

“And now that we're not involved with the cup we can just focus on the league and prepare for that."

A draw would be enough to propel Galway above Cork City and into fourth position in the table.

With City tied up with FAI Cup action, Billy Clery’s side have a chance to move back up the table, while a win would move them within a point of Wexford Youths in third.

Youths were the opponents last time out when Galway fell to a 3-1 defeat at Ferrycarrig Park on their return to league action.

An Ellen Molloy brace and a goal from Sinead Taylor saw Wexford to victory in spite of Aoife Thompson pulling one back midway through the second half.

The sides have met once so far this season, with the points shared at Eamonn Deacy Park in in September.

Chloe Singleton’s first-half opener was cancelled out after the break by Jessica Ziu as the Reds dropped points for the first time this season.