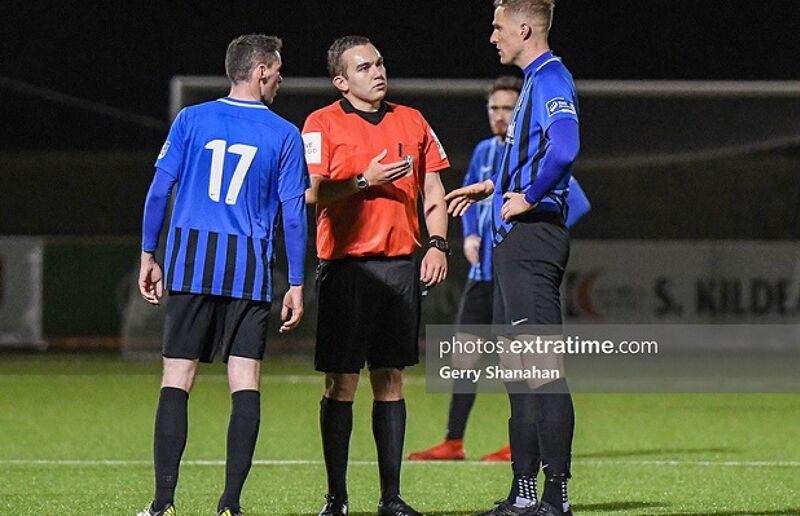 Athlone Town will be looking to secure an FAI Cup shock this weekend when they host Shelbourne in the FAI Cup on Saturday afternoon (kick-off is at 3pm).

Adrian Carberry’s side come into the game following a spirited display at home to Bray Wanderers.

Ryan Graydon’s strike was the difference between the sides – but it was not enough for the Seagulls to be crowned First Division champions.

In the aftermath of the game, Athlone confirmed that manager Carberry has extended his stay at the club until the end of the 2023 season.

In terms of team news for Athlone, Lee Duffy is their sole absentee due to suspension.

Premier Division Shelbourne will take a break from league action this weekend as they get set to take on Athlone in the last-eight of the FAI Cup.

The Reds come into the game with their top-flight safety in a precarious situation following Finn Harps’ win over St Patrick’s Athletic on Wednesday night.

“We can’t affect that, and we can’t control other games. After Finn Harps’ last two games the league is back to where it was a few weeks ago.

“But you can’t get distracted by that. We’ve got a massive target tomorrow to try and hit. It would be a great achievement to be in the semi-finals,” Ian Morris told his club’s media team.

“I want to get to the Aviva and bring this team to a final. It’s hugely important and we want to be in the mix there.

“The players have been fantastic for me, it’s a brilliant group. The higher you go in football, the higher the levels get, and the players are responding to that,” he said.

“We need to turn up. If we outwork them, we can achieve a massive target and for me that’s just a fact.

“Athlone will be fighting like real underdogs, so we need to be really at it,” he added.

Shels will be without the suspended Luke Byrne and the injured trio of Georgie Poynton, Karl Sheppard and Lorcan Fitzgerald.

Adrian Carberry’s side have won three of their previous seven league games – but they have lost their last three.

Shelbourne are unbeaten in their previous 12 games against Athlone Town – with their last defeat against the Black and Blue of the Midlands coming in 2015.