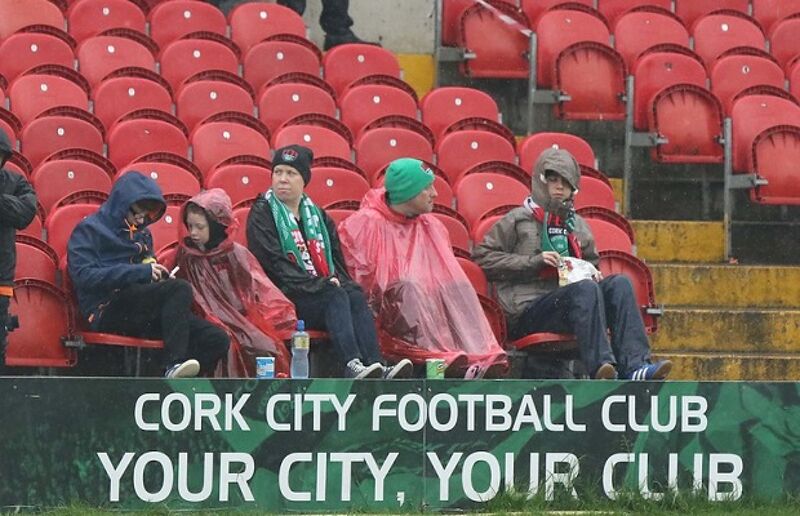 The members of Cork City FORAS supporter’s trust have voted in favour of a motion to sell the club to Preston North End owner Trevor Hemmings’ Grovemoor Ltd company.

A ballot was held among members at an Extraordinary General Meeting (EGM) in Cork on Wednesday night, just days after the club’s relegation to the First Division was confirmed.

The FORAS board, which has run the club since 2010, strongly urged the members to pass the motion as the club’s financial outlook had become increasingly parlous in recent times.

City won the league and FAI Cup double in 2017 and retained the cup in 2018 but the fan-owned club has faced a steep decline on and off the pitch and will finish 2020 bottom of the Premier Division.

“The Board of Management of FORAS can confirm the result of this evening’s vote by members on the Call Option Agreement with Grovemoor Limited,” read a statement released early on Thursday morning.

“We are pleased to confirm that the members of the Trust have endorsed the Board’s recommendation and have voted in favour of the motion.

“We have already engaged with Grovemoor Limited on the matter, and a further comment will issue in due course.

“The Board would like to thank all of our members for their input and their ongoing support.”

City were forced to turn to billionaire Hemmings, with whom they had built a good relationship following the sales of Sean Maguire and Kevin O’Connor, when they ran into difficult 12 months ago.

Only selling the resale clauses that had included in the deals for Maguire and O’Connor allowed the club to clear impending debts incurred in part due to an unexpected bill from Revenue.

Talks since then have continued between the two parties on a prospective sale that would see Hemmings take on the club’s debts for a nominal amount believed to be €1.

FORAS chairman Declan Carey had assured fans that FORAS would continue in its role should they turn down the sale but warned of ‘semi-pro or almost fully amateur football’ next year.

Discussions will continue between FORAS and Hemmings’ Grovemoor company in the coming days and weeks.