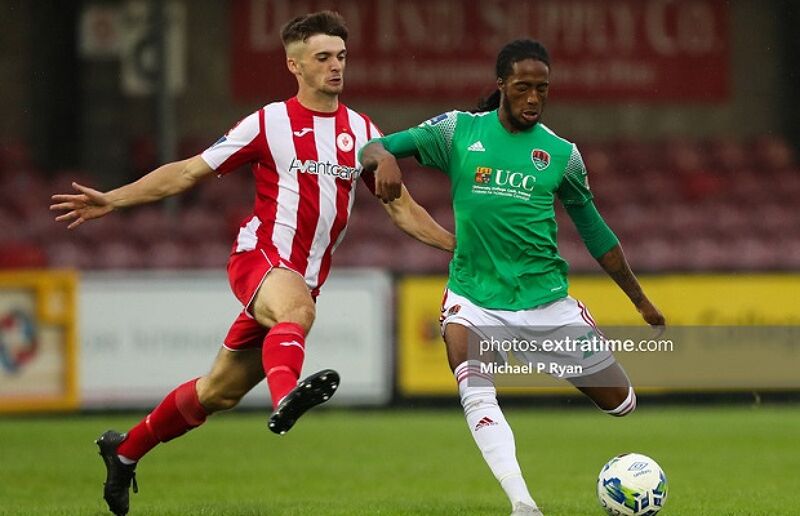 Sligo Rovers will be looking to all but relegate Cork City tomorrow evening when they welcome the Leesiders to the Showgrounds (kick-off is at 5pm).

Sligo come into the game off the back of some wretched form themselves, and they will be hopeful of turning that around on Saturday.

“We didn’t do ourselves justice for what we have within the group. We need to be much better, there’s no doubt about that.

“We have to prove we can be. This is a time of the season where there is so much on the line. We’re playing to get up any amount of places in the league in the table and anything is still possible.

“It’s not just about the table, it’s also for team spirit, for earning contracts next season and we owe it to our supporters as well. They deserve more than just the season being seen out.

“I expect a tight game for because there is a lot to play for. It’s a massive game in both our seasons. I’ve seen Cork put it up to teams a lot in recent games and we’re aware what type of team is coming up here. They’ll be a tough opposition, so we have to be at it.”

Sligo will be without Johnny Dunleavy and Ronan Murray tomorrow evening, while Ryan de Vries is a doubt.

Colin Healy’s Cork City will be hoping that they can begin their top-flight survival miracle tomorrow evening when they visit Sligo Rovers.

A win for City may see them move ahead of Finn Harps in the Premier Division table, although they will have played three games more than their Co. Donegal rivals.

“Sligo’s always a tough place to go,” Healy told the Cork Echo this week. “We’ll watch them during the week and put a gameplan together and show it to the players and hopefully we can get the three points.

“Sligo have a good manager and good attacking players, we know what they’re about and we’ll be ready for them.

“Training has been good, there’s been a good tempo to it and performances are getting better.

“We need to get points on the board as quickly as we can and hopefully we can do that on Saturday.”

In terms of team news for Cork, Scott Fenwick and Connor Simpson have left the club following short loan spells.

Sligo Rovers have lost four of their previous five league games, with their only win coming at the expense of Derry City.

Cork City have failed to win any of their previous eight league games since their win over Sligo in August.