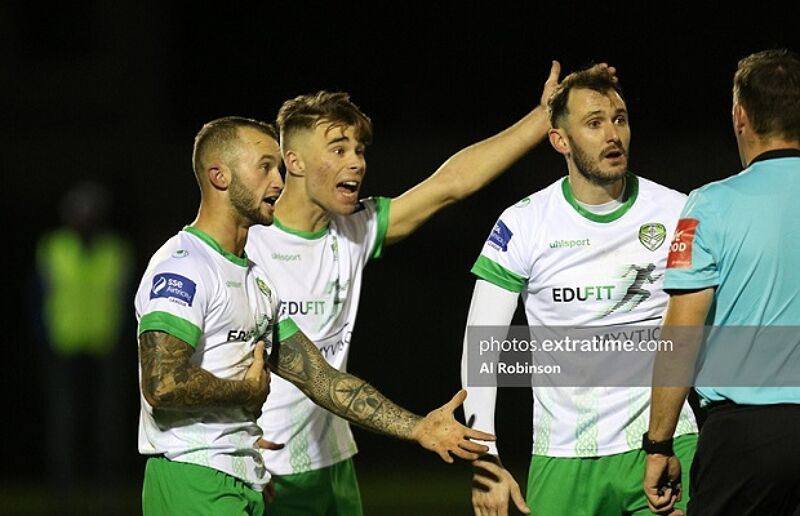 UCD host near neighbours Cabinteely on Friday evening in a game that may have huge implications in terms of the play-off race (kick-off is at 7.45pm).

The Students will be aware that should they be defeated by Cabinteely; Pat Devlin’s charges will seal their spot in the play-offs.

That is of course a result of Wexford being forced to forfeit their game against Cabinteely in August last month after fielding an ineligible player.

UCD however come into the game following a 4-2 win away to Athlone Town last weekend.

Athlone took a first-half lead, but they were soon pegged back as Andy Myler’s side scored three in a dominant nine-minute second-half spell.

The result saw UCD move ahead of Cabo at the time, but as a result of Wexford’s ineligible player case – they are now two points behind.

Paul Doyle is UCD’s only absentee tomorrow evening as he misses out with suspension.

Cabinteely will be looking to continue their impressive run of away form when they visit local rivals UCD on Friday evening.

Cabo can seal their spot in their First Division play-offs with a win tomorrow evening.

The South Dubliners come into the game after an unfortunate 3-0 defeat at home to Longford Town last weekend.

Despite being in the game for large spells, Cabo were undone by a clinical Longford who secured just their second-ever win at Stradbrook.

“We are still trying to get into the play-offs. The lads know what they have to do over the two games.”

In terms of team news for Cabo, midfielder Alex Aspil misses out as he serves a one-match suspension.

Cabinteely have won their previous two away league games – with wins over Shamrock Rovers II and Cobh Ramblers.

UCD have only lost at home to Cabinteely once in the league before – with their sole defeat against Cabo at the Bowl coming in 2017.

The Students have lost their previous three home league games on the spin, with their most recent home league win coming over Wexford in an 8-0 victory.