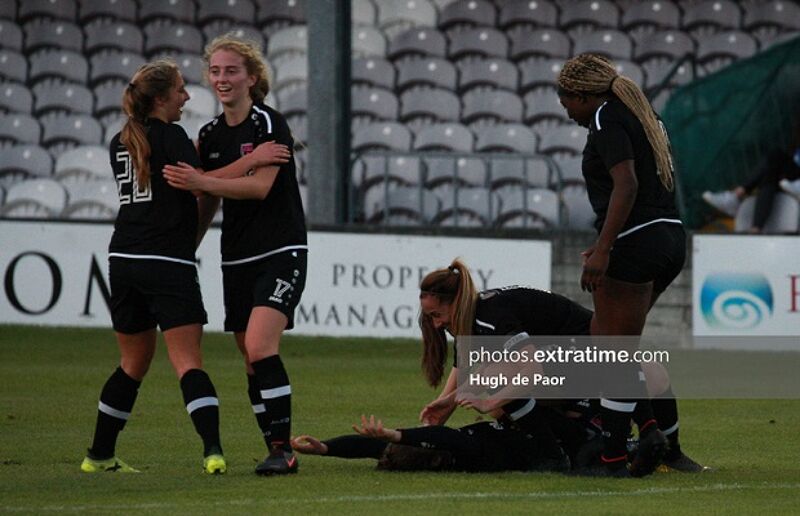 Women’s National League Shelbourne were knocked out of the FAI Cup this afternoon by Peamount United at Greenogue.

The Reds were undone by Eleanor Ryan Doyle’s 13th minute strike as the Peas marched on to the last four of the competition.

Shels have now been knocked out of the FAI Cup for the second year on the spin by their West Dublin rivals.

Meanwhile, there was late drama at Eamonn Deacy Park as Wexford Youths ran out dramatic 3-2 winners over Galway WFC.

The Galway Girls took a 19th minute lead through Meabh de Burca, but their lead was wiped out by Youths before the break as Ciara Rossiter and Vanessa Ogbonna gave Tom Elmes’ side the lead.

However, Galway would level in the 64th minute through Jamie Turrentine – but it was to be in vain as Lauren Kelly scored an 85th winner for the Slaneysiders.

Elsewhere, Treaty United came through their tie with DLR Waves with a 2-0 win thanks to a second half surge from the hosts.

Gillian Keenan gave Treaty the lead in the 66th minute before Aoife Horgan wrapped up the win in the 83rd minute for Dave Rooney’s side.

And at the Oscar Traynor Centre, Bohemians succumbed to a 3-1 defeat at home to Cork City.

The Leesiders took a 3-0 lead inside 28 first-half minutes as Lauren Egbuloniu, Ciara McNamara and Nathalie O’Brien all netted for Ronan Collins’ side.

Bohemians scored their consolation goal in the second-half through Abbie Brophy.