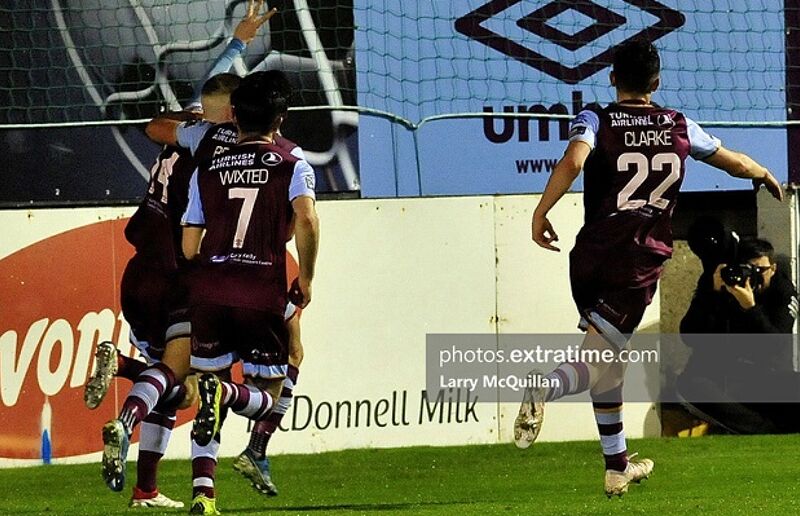 Drogheda United will be hoping to maintain their league title push this evening when they welcome Athlone Town to United Park (kick-off is at 7.45pm).

Drogheda of course come into the game following a one-nil win away to Bray Wanderers last week.

Mark Doyle’s twelfth goal of the season was enough to see Drogheda past the Seagulls.

“We’re in a good run of form but we’re only as good as our last game,” Drogs full-back James Brown told his club’s media team.

“We need to stay at that standard for this week. Athlone took points of us earlier in the season and there’s no reason why they can’t do it again so we’ve to be on the ball from the get-go.

He added: “It’s never easy, the quick turnover of games, not only physically but mentally also, trying to just take one game at a time and not think ahead.

“We knew that week could be crucial in our season, but we managed to come out on top in all of them which gives good confidence and morale going forward.”

In team news, Tim Clancy has no suspension worries with Jordan Adeyemo the only player set to miss out.

The forward is set to miss the remainder of the season after undergoing surgery to remove his appendix last week.

After succumbing to a heavy four-nil defeat at home to Longford Town last week, Athlone Town travel to United Park to take on Drogheda United.

Athlone can take confidence from their performance against Longford for the most part, but they were eventually bested by their opponents last time in the second-half.

The defeat saw Athlone’s three-game unbeaten run come to an end after they won twice and drew once.

In terms of team news, Athlone will be without both Lee Duffy and David Brookes for their visit to United Park. Both are suspended.

Athlone have only lost once in their previous four league games, with their only defeat coming in their home loss to Longford Town.

Drogheda United on the other hand are unbeaten in their last five league games – with their last league defeat coming against Cobh Ramblers.

The Boynesiders are unbeaten in their previous twelve league outings against Athlone Town.