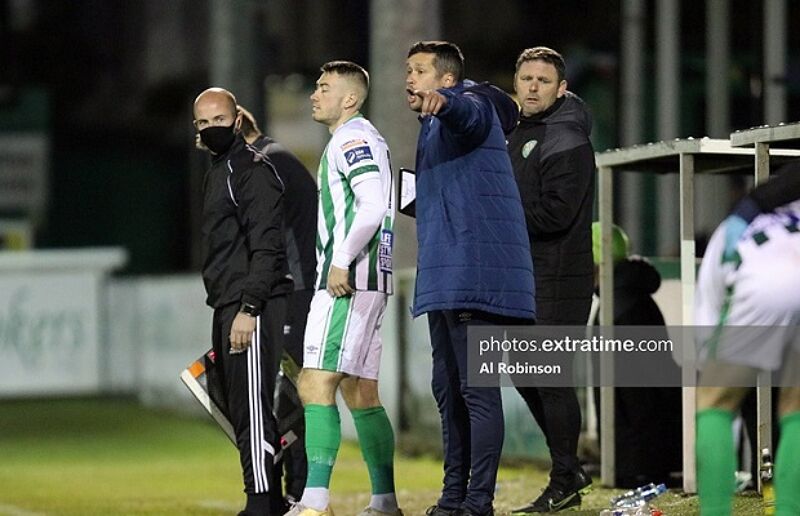 Andy Myler’s UCD will be hoping to get back on the home winning trail when they welcome title-chasing Bray Wanderers to the UCD Bowl (kick-off is at 7.45pm).

The Students come into the game off the back of a convincing 5-2 win over Shamrock Rovers II at Tallaght Stadium last week.

An early Yoyo Mahdy goal set the tone for UCD, followed by braces from Liam Kerrigan and Danu Kinsella Bishop, as they picked up another vital three points in the race for promotion.

The Hoops saw Brandon Kavanagh add another couple of goals to his season tally – now standing at seven in the First Division.

However, the Students will have concerns from their win at Tallaght Stadium last time out – with Mahdy being forced off after just ten minutes.

It is unclear whether or not the former Limerick under-19 will play this evening for the Students following his injury.

Should UCD win this evening, they could move to within four points of league leaders Drogheda United should Athlone defeat the Boynesiders at United Park.

After suffering defeat at home to Drogheda United last time out, Bray Wanderers make the short trip up the N11 to take on UCD at the UCD Bowl.

The Seagulls defeated UCD the last time the side’s met at the Carlisle Grounds – with a Darragh Lynch brace setting Gary Cronin’s side on their way to a two-nil win.

Lynch’s brace happened to be his first goals in senior football, and he has since gone on to score in games against Cabinteely and Wexford.

Despite their setback last week, the Seagulls are well and truly still in the title race, and they will be hopeful of taking back pole position this evening.

In terms of team news, Gary Shaw is Bray’s only injury concern heading into the game, and he will face a late fitness test.

UCD have not defeated Bray Wanderers at home in their previous four attempts, with their most recent win over the Seagulls at the Bowl coming in 2012.

Gary Cronin’s Bray Wanderers have the best defensive record in this year’s First Division, conceding 14 goals in the same number of games.

UCD have lost their last two league games at home – the first was against Galway United while their most recent defeat at the UCD Bowl came against Drogheda United.