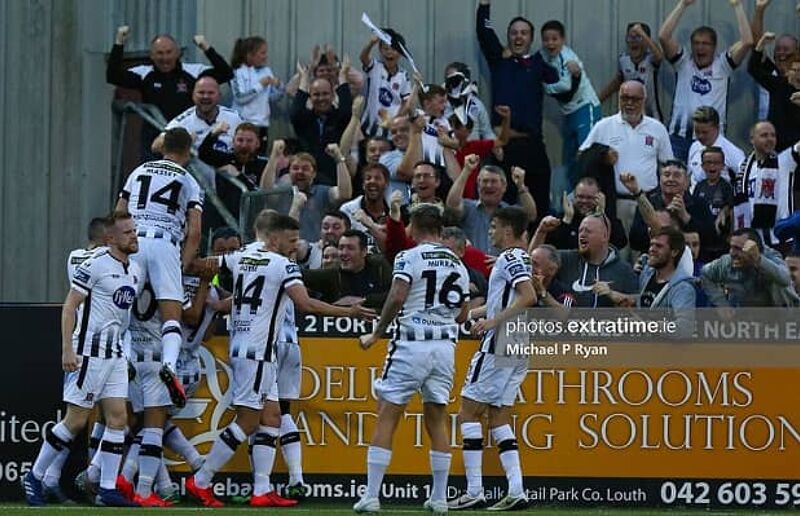 Dundalk will be hoping to avoid a potentially humiliating Europa League exit when they take on Andorran side Inter Club d’Escaldes in the Europa League second qualifying round (kick-off is 6.30pm on Thursday evening).

Escaldes were a founding member of the Andorran top-flight (named Primera Divisio) in 1995 and remained there until they were relegated in 2015.

Following two years of being in the Andorran second-tier, Escaldes were promoted back to the top-flight ahead of the 2017-18 season.

And since being relegated, the club have enjoyed a rapid ascent of sorts – playing in the Champions League qualifiers as recently as last month.

Last season, the Andorrans qualified for the Champions League by virtue of their league title success – their first since they entered the league in 1995.

They won the title last season, seeing off FC Santa Coloma to the top honours by a single point.

The club also play their home games at the Estadi Comunal Andorra la Vella, a ground that has a capacity of 1,300 spectators.

The Andorrans have an experienced squad within their ranks, with an average age of 33. Former Premier League star Federico Bassone plays for their side.

Manager Adolfo Baines played in England as a player once previous with then League One side MK Dons.

They have yet to release team news ahead of Thursday evening’s encounter against Dundalk.

Dundalk will be looking to make amends for their UEFA Champions League exit at the hands of Slovenian champions NK Celje when they take on Andorrans Inter Escaldes on Thursday evening.

The Lilywhites eventually succumbed to a three-nil defeat in Budapest against their Slovenian counterparts.

The game also was the final for Vinny Perth who was relieved of his duties as Dundalk Head Coach following the result.

Since then, Dundalk have appointed Italian Filippo Giovagnoli as their new Head Coach – and they have also won games in the FAI Cup against Cobh Ramblers and Premier Division versus Shelbourne.

However, their latest test will be one of their most important in recent weeks. Should they win, they will take on Moldovans Sheriff Tiraspol in the third qualifying round next week.

This will be the 76th European match in Dundalk’s history, with the Lilywhites’ winning 14, drawing 18 and losing 33.

In terms of team news for the Co. Louth side, they will be without Dane Massey, Patrick McEleney and Joshua Gatt.

Forward Patrick Hoban is expected to play a role however despite missing training last week due to a slight knock.

Dundalk have failed to score in their previous four European ties away from home in both the Europa and Champions League.

Levadia Tallinn were the last side to lose to the Lilywhites in European competition – with FC Riga drawing both games as they lost on penalties to the Vinny Perth managed side last year.