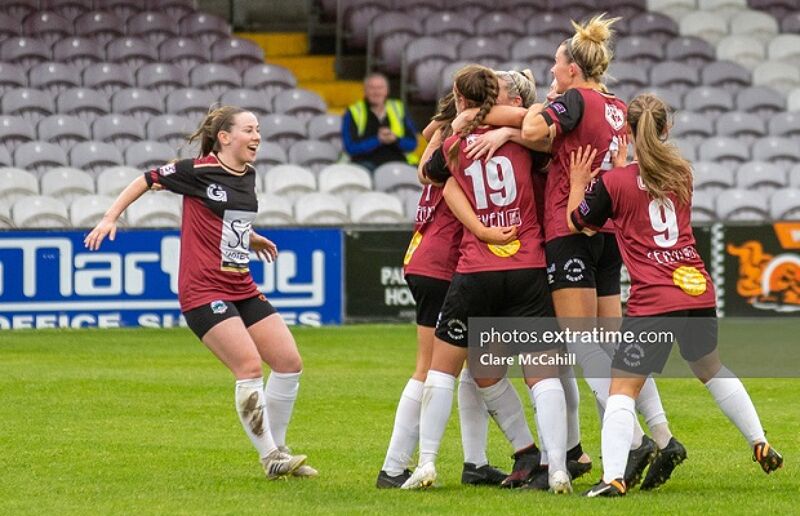 Peamount United will look to bounce back from their first defeat of the season last week as they welcome a dangerous Galway side to Greenogue (kick-off 5.30pm).

James O’Callaghan’s side slipped to a shock 3-0 defeat away to Wexford Youths last Saturday – the size of the scoreline more surprising than the identity of the victors.

A goal in either half from Ellen Molloy, following Nicola Sinnott’s early opener, saw the FAI Cup champions to what was, in the end, a comfortable victory.

The Peas, who had yet to concede a goal in their opening six games to that point, will have been smarting all week to have been beaten by such a scoreline.

Taking it out on a Galway side who, themselves, have only conceded three goals this season will be easier said than done, however.

The Galway Girls led for much of the game following Chloe Singleton’s 27th-minute opener but were pegged back in the second half by Irish international Jessica Ziu.

It was the first time Shelbourne have dropped points this season and Galway were forced to dig deep to repel wave after wave of attack late on at Eamonn Deacy Park.

A similar defensive effort may be required on Saturday to stave off the league’s most prolific attack, which has produced 19 goals in five games.

This is the first meeting between the two sides this season.

Last season Peamount and Galway played three times, with the Peas winning twice and drawing once on their way to the league title.

Their last meeting in August of 2019 saw the points shared, with Sinead Donovan’s strike on the stroke of half time cancelling out Aine O’Gorman’s first-minute opener.