Gareth Cronin: We went into a play-off with Finn Harps, who completely annihilated us in Ballybofey, which was the lowest part in my time managing Waterford 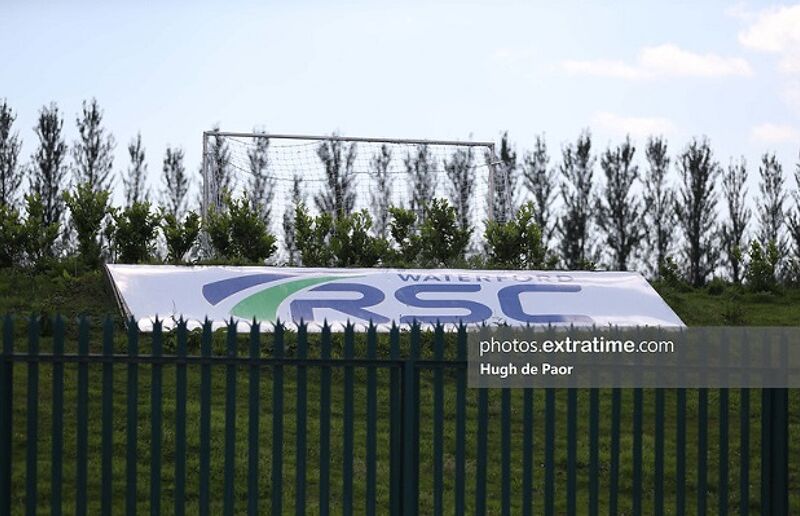 From midway through a fruitful playing career and then entering League of Ireland management at 31, Gareth Cronin simultaneously held down a full-time job outside of football. In recent times, his financial background brought about a chance to get involved in assisting domestic players during the league's absence.

On return from Sunderland in 2005, Gareth resumed his studies while also carving out a League of Ireland career which saw him represent Cork City, Shamrock Rovers and Kildare County until knee troubles took their toll at a mere 29: “I went into an everyday job at 25, when I was with Shamrock Rovers and moved to Dublin. When my knee went, I continued to work, alongside the coaching. While I was manager of Waterford, I still worked a day job with Irish Life & Permanent. I never had the luxury of doing coaching full-time, which is a bit of a shame because I would have loved to have given it a go.”

An assistant role under Demot Keely at Dublin City provided an ideal introduction to life on the sidelines: “I'd started working with Dermot, as a player, towards the end of my career, at Kildare. He was someone who I really admired and respected … You couldn't not, given his track record as a player and manager. When he asked me to go into Dublin City as his number two, I was absolutely thrilled. I'd just stopped playing, so was delighted to take the opportunity. I learned an awful lot from Dermot. I was quite outspoken, for want of a better phrase and an assistant manager more than a first-team coach, so it was always likely that I would go on and manage. When Dublin City folded, it essentially left me out of football, even though I was working in my everyday career. As soon as I saw the Waterford job, I knew I wanted to get into management."

Landing a League of Ireland managerial position at 31 is some achievement - especially when it seems like the same names are mentioned every time one becomes vacant: “It probably came too soon. I was only young and I think, the youngest manager at that time in the league. It's a big job, but I was never going to say: ‘no’ to it. In retrospect, maybe I should have coached at a few other clubs and got a bit more experience working with different managers.”

During Cronin's tenure on Suirside, restructuring of the League of Ireland literally caused ups and downs for the club, as promotion and relegation weren't exactly determined by a given season's results: “I went in with about ten games to go and the team had three points or something like that. We were on a hiding to nothing and it was also a time when the FAI decided to recalibrate the league. You weren't even sure if you stayed up, if you'd be in the Premier Division the following year. We did okay … Won a few games, which they hadn't done all season, but just couldn't get the consistency to play well in every game. We lost the play-offs to Dundalk, but then we both got put in the First Division for the 2007 season. In one way, you look forward to that because it's a clean slate and you get your own players in, but then Shelbourne went into administration and we were re-promoted.”

“We had three or four weeks before the season started, which wasn't ideal, but we had a right crack off the Premier Division. It was just before the Celtic Tiger collapsed and we had the lowest budget in the league, but we still managed to amass 30 points, which in any other season would see you safe easily. We went into a play-off with Finn Harps, who completely annihilated us in Ballybofey, which was the lowest part in my time managing Waterford, as it was an awful performance by our guys. We got a draw at home, but the damage had been done.”

“We wanted to get back up, but for whatever reason, the FAI decided to only have one team go up that year. At the start of the 2008 season, we were right in there, but it soon became clear it was between ourselves, Dundalk and Shels for that one spot. The club kind of capitulated in regards to funding and we had to cut our budget. I lost coaching staff and most players had to take a pay cut, which affected morale and motivation, as you can expect. It became clear that Waterford weren't in very good shape and it would have been very difficult the next year to have a cut off the league, given the budget they put forward. I felt it best to leave, but I had great times there.”

Upon leaving the Blues, the Corkonian took charge of Longford Town for the 2009 campaign, but then faded from League of Ireland circles, until this year playing a major role in setting up a players' financial support fund for the PFAI: “A number of professionals in the UK put some money up for players over here who were out of work because of COVID-19. We put some parameters in place to make sure that the claims which came in were consistent and fair. Every week I would work through those to decide whose claim was valid. We paid out some money to players who really needed it when COVID-19 was impacting on the economy and there was no football being played. The league is back now, so we didn't spend all the money that the guys had put up. I was glad to participate because at least I was involved in the League of Ireland in some capacity. It was great to give something back to the league because it's been very good to me for 15 years.”