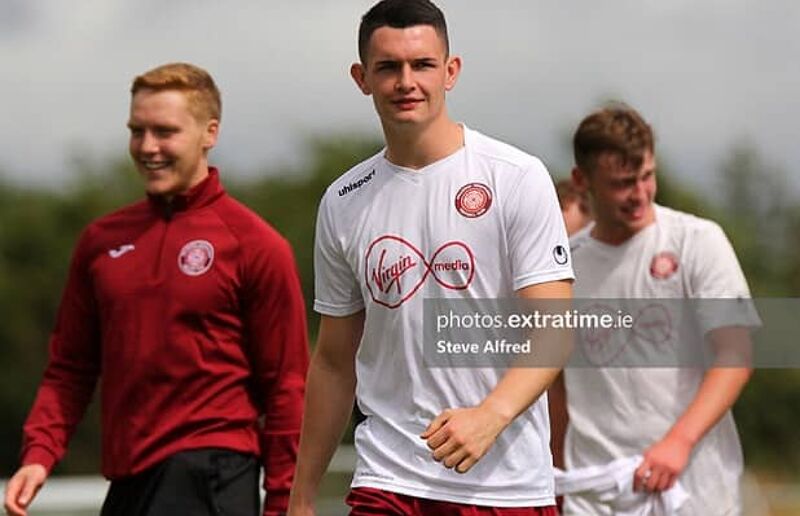 St Mochta’s and Killester Donnycarney face off this weekend with a slice of history on the line for both teams (kick-off is on Saturday evening at 5pm).

Neither of the two Dublin sides have won a FAI Intermediate Cup before – and the game will be played at Tallaght Stadium behind closed doors.

The game pits two familiar opponents up against each other, with both teams playing in the top-flight of the Leinster Senior League.

“There was never much between the two teams on a normal day,” Mochta’s boss Brian McCarthy tells extratime.com. “We like to play and get the ball down but Killester have very good players as well.

“Hopefully it’s an open game of football and we’ll obviously be going out to try and win the game. It’s just with on the day, nerves will creep in I’d imagine but I think it will be a good game of football.

“Hopefully it will be a good spectacle for those who will be watching the game on the stream. It has the ingredients to be a great game but it’s all about what happens on the day.”

And top-scoring forward Gareth McCaffrey added: “It will be close, Killester are a very good side.

“I haven’t actually played against them yet this year because I missed our two league games against them through work and suspension.

“For a neutral, a lot of good football will be played so I can’t imagine there will be a lot of direct play. They have a lot of good players; Stephen Chambers is one of the first names that comes to mind.

“It will be a close and tight affair, fingers crossed we end up on the right side of it.”

Killester Donnycarney have enjoyed a rise through the ranks in recent years and have recently merged clubs.

While the entity is new enough, Killester Donnycarney are more than aware of the challenge that St Mochta’s will pose to their side on Saturday evening.

“We’ve had some great battles with Mochta’s over the years,” Gary Howlett told extratime.com.

“They’re coming on leaps and bounds in their underage and senior set-up. They’ve been up at the top end of the LSL over the past few years.

“Brian has done a fantastic job there and he has put his heart and soul into it while also being assisted by Glen Crowe.”

And midfielder Stephen Chambers added: “I think that it’s going to be quite a tight game. We beat them when they were down at our place and then we lost two-one against them in their place.

“They’ve got some good players in a lot of areas and they’re up at the top of the league. There’s a bit of a rivalry there as well and we know each other quite well.

“They know us, and we know them, but it will all be about who’s better on the day and who has that character to win the game.”

This all Dublin affair will be the first time the game will be between two sides from the capital since the 2014-15 final between Crumlin United and Tolka Rovers.

This weekend’s final will be the third time the Intermediate Cup Final takes place at Tallaght Stadium.