John Cotter: I had a lot of questions and on reflection afterwards, I just felt that it wasn't right for me at that time 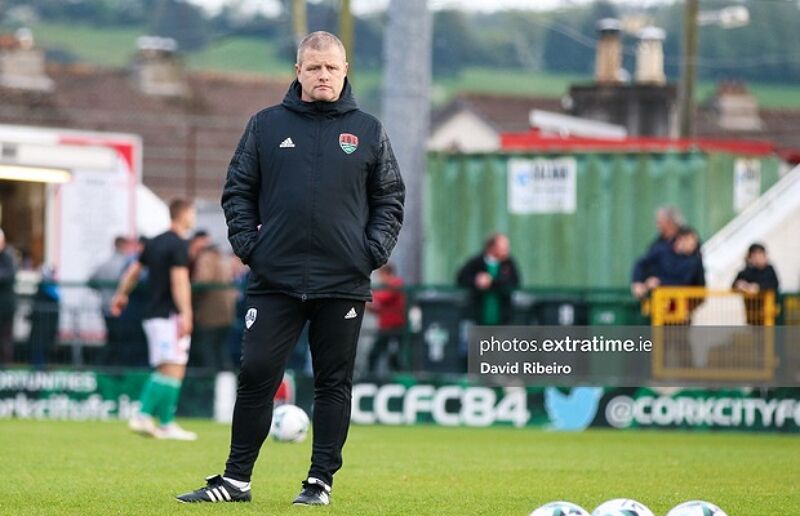 Perhaps best known for his long association with John Caulfield at Avondale United and Cork City, John Cotter also became an assistant manager of Waterford. However, when the Suirside managerial position vacancy was on offer following Alan Reynolds' departure, Cotter turned down the opportunity in favour of waiting for a better fit.

Before coaching, the Ballincollig native performed in midfield for Cork City between 1996-2002, a period which saw the club pick up a couple of domestic trophies: “I came through the underage system, then played for the reserves in the Munster Senior League. Eventually, I got my first contract at 19. A lot of the players there, like John Caulfield, Patsy Freyne and Declan Daly … These were guys that I used to go and watch when I was younger. To go out and represent your hometown club is such a huge honour for me. I was part of the squad when we won the FAI Cup in 1998, and 1999, the League Cup. Dave Barry did a wonderful job there over a number of years and it was a great time to be involved with the club.”

Upon leaving the League of Ireland scene, John focused on local football before a return to Turner's Cross some 12 years later, in a coaching capacity: “I became manager of Avondale United after playing there for a number of years. That was my first real case of coaching. John Caulfield then asked me at the end of 2013, coming into the 2014 season, if I wanted to join him at Cork City.”

With the two John's at the helm, Cork continually battled with Dundalk for domestic honours until 2019's poor start led to Caulfield's exit. Alongside Frank Kelleher, Cotter guided the Rebel Army in the interim, but when Neale Fenn was announced as the new manager that August, another assistant manager role wasn't enough to entice further service: “Once I found out that the club were going down that route, which they're entitled to, I felt that it was the right time to go. It was also fair to Neale, who probably wanted to bring in his own staff. It was hard to leave, even though the last six months were difficult. There was never any possibility of me staying on and I've no regrets on that. I now look back on the fond memories I have. It was a golden era for Cork football: four cup finals in a row, winning a double and competing for the league, in the top two every year as well.”

Working with Alan Reynolds at Waterford, Cotter appeared to be back on track, but  circumstances surrounding the former ending up at Dundalk, left niggling doubts when the Corkonian was asked to fill the position: “I got a phone call from Lee Power and he more or less offered me the job. I discussed particulars with him and we had a good conversation. I had a lot of questions and on reflection afterwards, during that night, I just felt that it wasn't right for me at that time. Waterford's a brilliant club and likewise, the facilities and people. I'm sure that anyone in the country would love that job, but a lot of things didn't sit well with me. After weighing everything up, it's disappointing that it wasn't right at that moment.”

Having recently earned a Pro Licence badge, John took plenty away from the process and now aims to put the qualification to good use: “The course itself is a great thing to achieve for anyone that's done it and we had a group with a lot of knowledge to share. I'd left Cork City during that period and a lot of things came up that were related with my time at the club. I'd recommend anyone who got the opportunity, to do the course. The graduation has been put on hold due to COVID-19, which is only right, but we all have our certs. After leaving Waterford, I'd love to be back in football again, in some capacity. I'll keep my options open and think that I have a lot to offer and experience as well. I'm just hoping that something comes along that interests me."