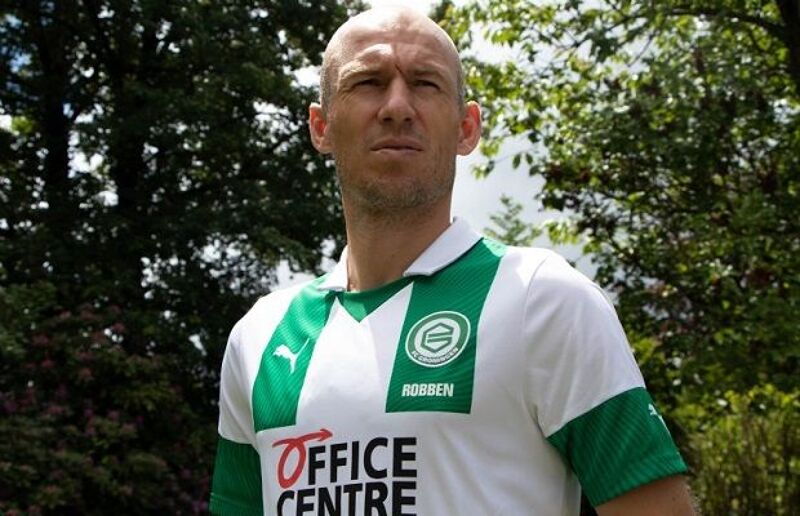 Former Champions League winning winger Arjen Robben has said that he is planning to perform a retirement U-turn to join FC Groningen.

The 36-year-old Dutch winger looks to re-join the club having began his career there as a 16-year-old. In 2002, Robben left the club to join PSV Eindhoven before embarking on a glittering career.

“It will be a touch physical challenge but I’m going for it,” he told Groningen’s media team this afternoon.

Since leaving the Eredivise in 2004, the 96-time Dutch international enjoyed spells at European giants Chelsea, Real Madrid and Bayern Munich.

He added: “I am going to work hard and when everything feels right, I am going to join the team for the first training of the new season. I hope to see everyone as soon as possible.”

Despite retiring last year, his potential playing return will see his career ‘adventure’ have one final pit-stop: “I was 12 when I started playing in FC Groningen’s youth academy.

“I made my home debut against Feyenoord when I was 16. After two years I made a transfer to PSV Eindhoven. After a wonderful adventure of 18 years, we’re coming home.

“We’re coming home during this time of crisis. It’s great to see how everyone is supporting the club.

“It made me think what else I could do for our club. I’ve listened to the call of our supporters: ‘Arjen, follow your heart’: a comeback as an FC Groningen player.

“I started to play with this idea and now I’ve made it my mission. I want to make my comeback as a football player, a player of FC Groningen.”