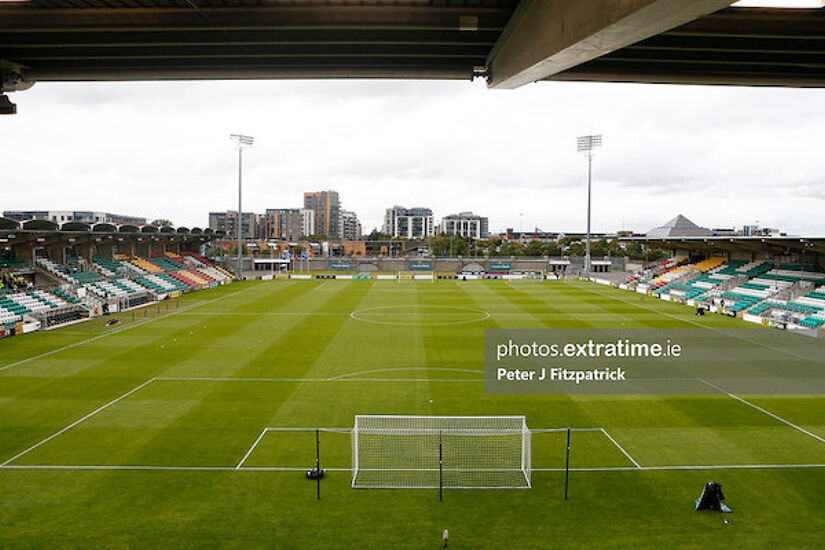 South Dublin County Council are to press ahead with the development of a fourth stand in Tallaght Stadium.

A new 2,500 seater north stand is planned, meaning that anchor tenants Shamrock Rovers will be playing out of a 10,500 capacity stadium when the works are complete.

Following a meeting of the council on Monday, the plan will be to commence a Part 8 planning process for the development before the end of this month. The costs for the redevelopment works are €7.7m (including €1.7m for works to the west stand).

Last November, the council appointed Cooney Architects to design the new north stand and look at the feasibility of remodelling some elements of the west stand. The proposed works to the west (main) stand were to incorporate additional corporate facilities on a new second floor, as well as improve the media facilities.

However, following inspection works, the planned development will no longer include a new level to the west stand due to prohibitive costs. Instead, an enhanced north stand will be developed to include relocated offices and shop unit for Shamrock Rovers.

These will be located within proposed commercial units in the new stand facing onto the N81 road. This will allow the existing west stand facilities to be enhanced within the existing building envelope without the addition of a new floor level.

The north stand will have 500 more seats than the existing South Stand (which has a 2,000 seat capacity). The increased size will facilitate the offices and commercial units and covered stairs at either side of the stand behind wing walls will provide improve access and shelter.

South Dublin County Council are aiming to promote the stadium as an events venue to include music, festivals and all aspects of community events. With stadium seating and temporary on-field seating, the venue could accommodate up to 20,000 people when such events are able to be held after the lifting of current COVID-19 restrictions.