FAI extends suspension of football until May 5th 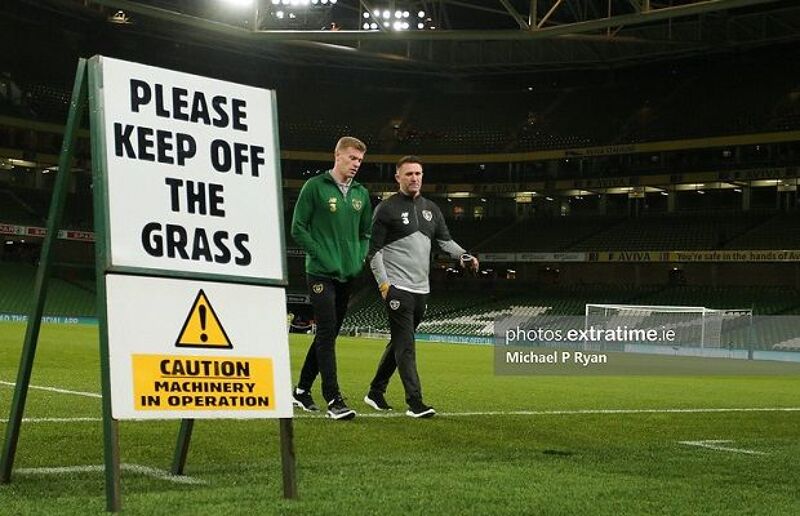 The Football Association of Ireland have extended the suspension of football in Ireland by an additional month until at least May 5th.

That is an extension of the existing provisions which saw sport under the FAI’s jurisdiction suspended until at least April 19th.

The move follows the latest guidelines issued by the government, which mandates the continuation of physical distancing measures for another three weeks.

An agreement between the FAI and clubs last month saw a provisional date of June 19th announced for the return of the League of Ireland, which has been suspended since March 13th.

The Women’s National League, which had been due to kick off on March 14th, will now begin on June 28th, while both men’s and women’s league cups have been cancelled for the year.

The association advised all stakeholders to continue to respect HSE guidelines and remain at home over the Easter Bank Holiday weekend.

FAI medical director Dr Alan Byrne has reiterated his advice that no clubs should engage in any form of collective training during the suspension.

The Football Association of Ireland today announces an extension to the cessation order for all football under its jurisdiction until May 5th inclusive, following directives from Government and the Department of Health.

The decision to extend the deadline for the return to football has been taken in light of the COVID-19 pandemic and in the best interests of our players, coaches, volunteers, supporters and staff. This decision will continue to be monitored on an ongoing basis.

The FAI is in communication with the Department of Health and UEFA on COVID-19 and will continue to follow all government guidelines. The Association advises all members, volunteers and stakeholders to respect the HSE guidelines on social distancing during this pandemic. We also appeal to everyone involved with Irish football to stay at home over the Easter weekend.

The Association remains committed to a June return to action for the SSE Airtricity League and Women's National League. Regular meetings are ongoing with representatives from the National League Executive Committee and the Professional Footballer’s Association of Ireland to help our clubs and players through this difficult time.

FAI Medical Director Dr. Alan Byrne has again advised the FAI that in the current exceptional circumstances, clubs should not engage in collective training during the cessation period for all football activity under the FAI’s jurisdiction.

This recommendation is based on the government’s desire to avoid the spread of COVID-19 and Dr. Byrne strongly advises against clubs training during this cessation period which runs until May 5th inclusive.